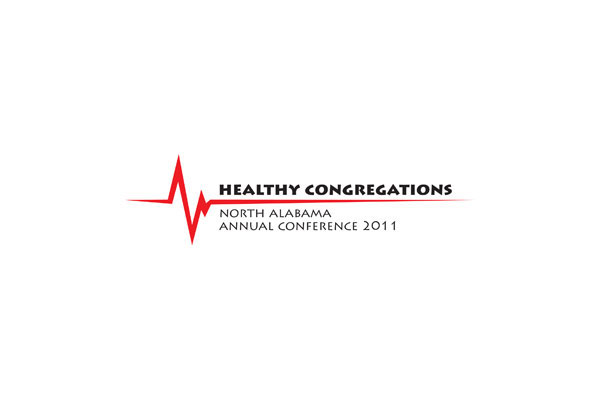 Every day they continued to meet together in the temple courts. They broke bread in their homes and ate together with glad and sincere hearts, praising God and enjoying the favor of all the people. And the Lord added to their number daily those who were being saved.
— Acts 2:46-47

by Danette Clifton
Director of Communication

The 2011 North Alabama Conference began on Thursday evening, June 2, at Asbury UMC in Madison with the annual Memorial Service to remember clergy and clergy spouses who have died in the last year.

Rev. Reagin Brown preached a sermon titled "Nothing" based on Romans 8:28-39. He reminded those gathered that nothing can separate us from the love of God. He reflected on the thought that even in times of pain we can feel separated from God, yet our relentless God comes in painful moments to do whatever it takes to knock away the separation we feel. He gave thanks for the lives of those being remembered as witnesses to this truth of God’s love throughout their ministries.

Those being memorialized included the following:

During the service Bishop William H. Willimon read the name of each person being remembered as a candle was lit in her or his memory.

The Wesley Ringers, Piano, Organ and Choir of the host church Asbury UMC provided music during the service.

The opening session drew to a close with an extended time of prayer. Bishop Willimon and Asbury Senior Pastor Rev. Alan Weatherly led the prayer time. Rev. Weatherly explained that prayer is one of the major aspects of the ministry of Asbury UMC and invited Conference members and visitors to participate in this act of prayer. There were two main focuses for the prayer time – 1.) those directly affected by the devastating storms of April 27 and 2.) clergy of the North Alabama Conference who daily are called to be in ministry. As the Asbury praise team led a time of worship storm survivors and clergy were invited to the altar rails, where lay members of Asbury UMC’s prayer ministry were there to pray with each individual.

Members then recognized the youth and young adult members of Annual Conference and then heard the Conference Youth report from Amanda Anonio. One highlight of the report was announcing Rev. Clay Farrington is working with the Conference youth ministry team.

The Conference then heard from Conference Lay Leader Ellen Harris. She introduced District Lay Leaders and gave the Laity Address. During her address she noted, “We are gifted and have been anointed to be God's people. We have chosen to follow in the footsteps of Jesus.”

Adam Neal of the General Board of Global Ministries then thanked North Alabama for the nearly one million dollars churches gave to UMCOR and The Advance last year.

The Conference then heard a report from Sumatanga. New Sumatanga Director Matt Johnson reported “God is at work at Sumatanga!” Rev. Paul Messer who has been appointed Camp Pastor at Sumatanga also addressed the Conference.

Rev. Rick Owen then presented the Board of Ordained Ministry report. He began by recognizing the clergy who are retiring this year. This includes the following clergy:

The Bishop also asked for the Conference to observe a Moment of Silence to honor those clergy and clergy spouses who died in the last year and were remembered during the memorial service.

As the Conference reconvened members heard from the new Wesley Foundation Director at the University of Alabama Creighton Alexander and then heard a report from the United Methodist Children’s Home.

Rev. Sara Cameron then explained changes Rev. Richard Stryker had made to a resolution he had submitted that he intends to send to the 2012 General Conference.

Bishop Willimon then introduced Linda Holland to give the Connectional Ministries report. She discussed the major efforts the Conference and its churches has made in Disaster Response since the April 27 tornadoes. She then introduced Rev. Matt Lacey and Rev. Nancy Cole who discussed the disaster response and the Conference’s commitment to long term recovery from the storms.

Bishop Willimon then invited Bishop Robert Fannin to preside over the financial reports. The Conference passed all reports presented by the Council on Finance including the 2012 budget of $9.1 million. This is a 14.97% reduction from 2011. There was an amendment from the floor to add $150,000 to that budget to go to Birmingham-Southern College and Huntingdon College, but the amendment failed.

Next the Board of Pension and Health Benefits presented their reports. The most notable report was that Healthflex premiums would see no increase in 2011. Sandy Reynolds explained, the board anticipated a change in the insurance plan in 2013 and has decided to use reserve money to fund differences in 2012.

As the afternoon session drew to a close Conference secretary Rev. Sherill Clontz presented the resolutions from the Cabinet regarding eight church closings. These include the following:

The evening ended with the Service of Ordination at 7:30 p.m. During the service the Conference ordained 17 new elders and 1 deacon in full connection. Bishop Willimon preached a sermon titled “Don’t be afraid” which were words of encouragement to the 18 ordinands.

During the service the Conference recognized 3 associate members:

The 2011 North Alabama Conference came to order on Saturday morning with the Service of Commissioning Provisional Members and Recognition of Licensed Local Pastors.

During the morning service 13 newly licensed Local Pastors were recognized including the following:

There were also 8 people Commissioned as Provisional Deacons or Elders. These included

As the business session began Conference members heard the report of Conference Statistician Rev. Lori Carden. They then approved the Committee of Nominations report.

The Conference then moved to the New and Renewing Communities of Faith report. Rev. Michael Freeman had requested the report removed from the consent agenda. He spoke of his concern that the North Alabama Conference had not started any primarily African American churches in the Huntsville / Madison area when census reports show there is a growing African-American community here. He also asked for specific actions regarding New and Renewing Communities of Faith including having the General Commission on Race and Religion audit the history of the Conference’s efforts at new church plants.

Through the conversation on the floor, it was noted that under the leadership of Congregational Development Director Tommy Gray, the process of planting churches has shifted and has focused on developing leadership and finding new models of successful plants – especial plants that reach more diverse demographics. Rev. Tommy Gray and New and Renewing Communities of Faith Team Chair Rev. Bill Gandy both agreed that North Alabama has much to learn. Rev. Gray said the plan was to announce an African American church plant – with a prepared leader – at the 2012 Annual Conference.

The Conference then heard from featured speaker Brian McLaren. Through his challenging talks he compared the United Methodist Church to the US Postal Service. He noted “a lot of us are prepared to answer the questions of the 1970s. We don't know what the questions of today are.”

He encouraged the church to focus on a new kind of evangelism and be aware that “people need a human being they can have a conversation with about religion.” He encouraged listening and building relationships with those early in a faith journey.

Following lunch, the Conference was treated to music by the children who have been participating in the Annual Conference Kids’ Camp. Then members had a time of question and answer with Brian McLaren.

The Conference then moved to an order of the day as Bishop Will Willimon introduced the new President of Birmingham-Southern College Gen. Charles “Chuck” C. Krulak. After sharing some of his faith story as to how he was led to seek the presidency at Birmingham-Southern Collge, Gen. Krulak then extended an invitation to the North Alabama Conference to hold its 2012 meeting on the campus of BSC. The invitation was enthusiastically accepted by Conference members.

It was announced that Rev. Joe Elmore and Debbie Wade won the 2011 Branscomb Barrier Breaker Awards given each year by the North Alabama COSROW, Committee on the Status and Role of Women.

Nell Berry of the Conference Archives and History also announced a new annual award that group will give each year recognizing outstanding work in local church archives. This year’s winner was Caroline Thompson of Trussville First UMC.

The Conference also heard from:

Business concludes and the North Alabama Conference delegation to the 2012 General Conference and Southeastern Conference was finalized. That delegation includes the following: