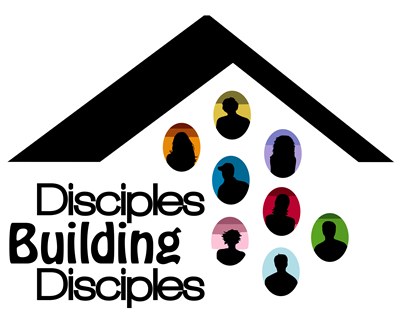 “ ... and when he (Barnabas) had found him (Saul), he brought him to Antioch. So it was that for an entire year they met with the church and taught a great many people, and it was in Antioch that the disciples were first called “Christians.” — Acts 11:26 (NRSV)

by Danette Clifton
Director of Communication

See pictures of the Service of Ordination, Commissioning and Licensing

On Friday evening, June 4, clergy gathered for the Clergy Executive Session and Laity gathered for the Laity Session. The laity session focused on the Annual Conference theme and featured members of the Adult Discipleship Team offering information on discipleship and spiritual formation resources available to individuals and congregations.

Saturday morning, June 5, began with the Service of Ordination, Commissioning and Licensing. Bishop Wallace-Padgett preached a sermon based on the Conference’s theme verses from Acts 11. During the message, she noted that disciples do indeed build disciples and that each generation of Christians passes the faith to a new generation of Christians. She encouraged worshippers, and especially the newly credentialed clergy, to seek to have both an encourager in their faith and also others they are mentoring in the faith. Retired Bishop B. Michael Watson assisted in the service during which the Conference ordained four elders, two deacons and commissioned one provisional elder and one provisional deacon. The Conference also celebrated the licensing of 27 new local pastors. Those clergy include the following:

During the service the Conference also celebrated the commissioning of Deaconess Latorria Turner and Global Mission Fellow Precious Kufarimai. Deaconesses and Home Missioners are laywomen and laymen who are called by God to be in a lifetime relationship in The United Methodist Church for engagement with a full-time vocation in ministries of love, justice, and service. Global Mission Fellows are young adults, ages 20–30, who are committed to work in social justice ministries for two years. They serve outside of their home communities, either in the United States or overseas.

The Conference also recognized the 28 clergy entering a retired relationship. Those clergy include the following:

On Saturday afternoon, the Conference heard from guest teachers Tony Morgan, Amy Anderson and Mark Meyer of The Unstuck Group. They noted that in their consulting work one of the top reasons they encounter for a congregation being “stuck” is that the church does not have a clear discipleship system. They encouraged North Alabama congregations to find a way to shift from programs to a path for discipleship.

During the afternoon, Bishop Wallace-Padgett also addressed the Conference and thanked them for the creative and sacrificial ways in which they continue to be the church during this time of a global pandemic. She acknowledged the uncertainty about what the future holds in the United Methodist Church. She also encouraged North Alabama United Methodists to focus on being Christ’s hands and feet in the lives of others and to be extra attentive to their own soul care over the next 15 months until the postponed General Conference is scheduled to meet.

The Conference concluded with the annual Celebration of Life Service. Dr. Alan Weatherly preached a message based on 1 Corinthians 13. During the Service 23 clergy and 16 clergy spouses who have died since the last Annual Conference gathering were remembered. Those remembered included the following:

The Conference closed with the annual fixing of clergy appointments that will take effect on July 1.