General Conference is the top policy-making body of The United Methodist Church. It meets once every four years. Elected clergy (pastors) and lay (local church members) delegates from every Annual Conference and Central Conference will gather to worship, pray, debate and vote as one body. Bishops preside at the sessions of the General Conference but do not have the privilege of voice or vote in its deliberations.

The General Conference revises The Book of Discipline which outlines the organization, beliefs and official policies of The United Methodist Church. Delegates also revise The Book of Resolutions, a volume declaring the church’s stance on a variety of social issues. It also approves plans and budgets for church-wide programs.

The Advance Daily Christian Advocate (ADCA) contains the agenda, rules, delegate listings, petitions, reports from the general agencies/commissions and study committees, information for delegates, and codes of conduct for the General Conference.

Reconciliation and Grace Through Separation Legislation (The Protocol)

The Protocol and the legislation that implements it were developed by a theologically diverse group of United Methodists who reached the conclusion that the best option for moving beyond the current conflict over the full inclusion of Lesbian, Gay, Bisexual, Transgender, and Queer (LGBTQ) people in The United Methodist Church is a separation.  The proposed separation provides the opportunity for the expansion of Methodism in the world through launching new denominations and a broad reform within The United Methodist Church. 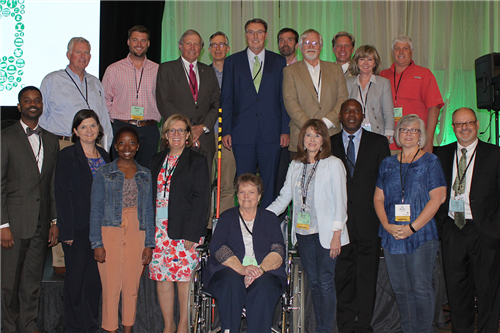