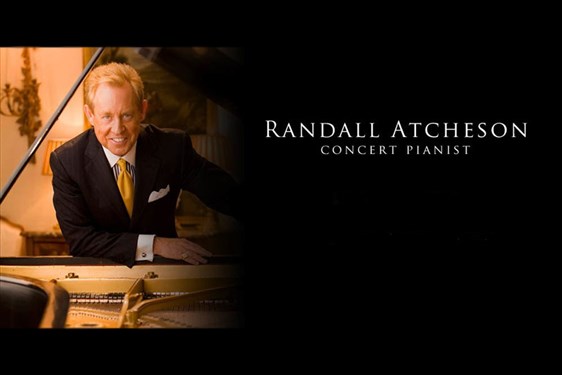 On Sunday, April 26, 2015, renowned pianist/organist and composer Randall Atcheson will perform a piano concert at East Lake UMC in Birmingham. Proceeds from the concert will go to Sumatanga camperships - summer camp scholarships for children that would otherwise not be able to attend summer camp.

The tickets are $20.  Click here to purchase your tickets.

Randall Atcheson, an Alabama native, is the epitome of a musical Renaissance man.  His gift of communicating the beauty of music in various forms has led to a decidedly versatile career as a much-sought-after artist in the classics as well as in pop and the sacred repertoire.

This versatility was evidenced early in life when he was recognized as a prodigy on both piano and organ.  He entered Samford University at age 12 and later was accepted at The Juilliard School where he became the only student in the history of Juilliard ever allowed to pursue and receive simultaneous degrees in piano and organ performance.  He studied piano with Sascha Gorodnitzki and organ with Anthony Newman.

Atcheson was the winner of the first Juilliard Organ Competition and subsequently gave the premiere performance on the new pipe organ in Alice Tully Hall at Lincoln Center.

Atcheson made his Carnegie Hall debut in 1991.  Following that highly successful event, he was added to the distinguished international roster of Steinway Artists.  Atcheson’s recording career began following his New York debut on both piano and organ at Alice Tully Hall.  He has recorded a total of 16 albums featuring classical music as well as his unique arrangements of sacred music as featured on “Amazing Grace.”  His “Ivory Christmas” and “True Love” albums demonstrate his ability to present familiar songs in a lush, captivating style.  He has recorded on the Word, Windham Hill, PolyGram, and RCA labels.  His RCA releases include “Christmas by Candlelight” and a double CD “Classic Love Songs.”  The double CD release was featured in an extensive national television promotion seen by millions in which Atcheson appears playing various selections from the recording.

Atcheson has been a featured guest on the nationally televised Gala of Stars from Radio City Music Hall and has performed at Paramount Studios in Los Angeles. He also was featured on “A Fox and Friends Christmas” primetime TV special, and on Memorial Day was again featured performing a medley of patriotic songs on “Fox and Friends.”

In addition to performing as guest soloist with numerous symphony orchestras, Mr. Atcheson has also appeared as both orchestral conductor and soloist in performances of various Mozart concerti.  He frequently plays gospel concerts throughout the country.

His heavy concert schedule had taken him to five continents.  He has performed at Notre Dame Cathedral in Paris and Blenheim Palace, England, and has made much-acclaimed piano debuts in Sydney, Australia; Jerusalem, Israel; Rio de Janeiro, Brazil.  He has also performed abroad in El Salvador, Germany, the Czech Republic, and Italy.

Atcheson made his debut at Salle Gaveau in Paris in 2002 and has since returned to Paris on 17 occasions to play at the American Embassy where he had the honor of performing for former First Lady Laura Bush.  He has performed at the American Embassy and the Spanish Embassy in Prague and on three occasions played for President Bush.  Atcheson has also played for President Obama and has performed for such artists as Mick Jagger, Kathie Lee Gifford, Phil Collins, James Taylor, and Diana Ross.  When Atcheson performs there is no distinction between “classical” and “pop” or “great” and “light” music.  With an extraordinary gift that he openly credits to his creator, he raises well-crafted music to the level of greatness, and he takes masterpieces and makes them unforgettable.