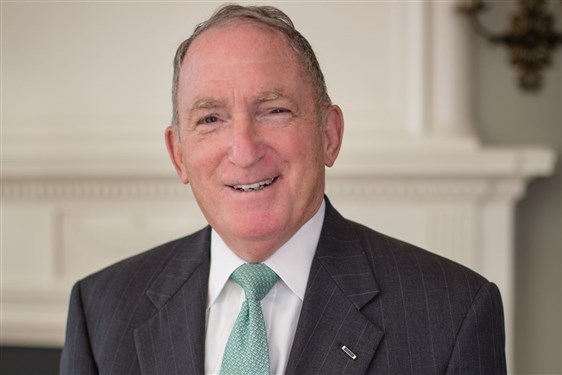 Gen. Charles C. Krulak, 13th president of Birmingham-Southern, will share his entrepreneurial journey when he presents the college’s 2015 Stump Entrepreneurship Lecture on Thursday, April 9, at 7 p.m. in the Bruno Great Hall of the Norton Campus Center.  The lecture is free and open to the public.

Krulak will discuss what it takes to be a great leader and the pioneering approaches he has used throughout his careers in the military, business, banking, and higher education. You may know him as the BSC’s current president—now learn about the entrepreneurial steps he took to get to that position.

Gen. Krulak was appointed the 31st commandant of the U.S. Marines Corps on July 1, 1995; as the senior leader of the Marine Corps, he was a member of the Joint Chiefs of Staff with overall responsibility for recruiting, training, operational readiness, and welfare of more than 220,000 active and reserve forces and 20,000 civilian employees.

Krulak served as co-chairman of the Marine Corps Heritage Foundation, helping to raise in excess of $150 million to build, equip, and staff Phase I of the National Museum of the Marine Corps. In addition, he has built a successful track record in the executive suites and on the boards of directors of a number of international companies.

Krulak became president of BSC in 2011. In his first year on campus, he raised $12.5 million for the college and put the school’s budget in the black.

The Stump Entrepreneurship Lecture is part of the Birmingham-Southern College Entrepreneurship Programs, endowed by Jane and Kevin Stump of Birmingham, both graduates of BSC, with support from an existing endowed fund created by Joseph S. Bruno. Kevin Stump is founder, chairman, and CEO of Interconn Resources, Inc. This is the fifth annual Stump Lecture.