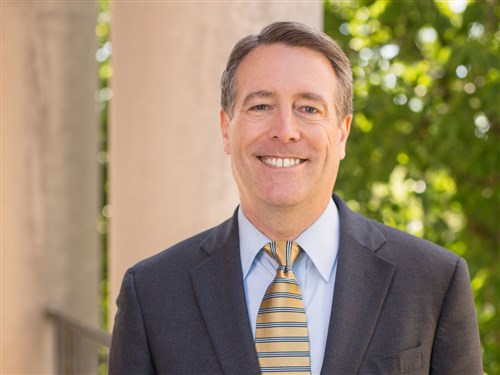 In his eight years at Bethany, Leonard grew enrollment more than a third and completed the school’s largest fundraising campaign. The small liberal arts college improved facilities and technology, expanded shared governance, and improved its outlook at a time when many rural schools are shrinking.

Leonard was hired after an extensive selection process conducted by a search committee made up of members of the Board of Trustees, alumni, faculty, and staff and guided by a national search firm. He was approved by Board vote.

“We are confident that Ed is the right leader to take Birmingham-Southern College to the next level,” said BSC Board Chairman Bruce Rogers. “He has extensive experience in higher education and knows how to not just to lead a campus but also to inspire a community. We are eager to welcome him to the BSC family and to see how BSC will excel with his leadership.”

Before arriving at Bethany, Leonard held the title of vice president for college advancement at Wilmington College in Wilmington, Ohio from 1998-2007; during that time, he directed the college’s largest campaign and secured its largest single gift of $3.5 million, which went to build a Quaker Heritage Center. Prior to that, he was director of alumni affairs, then director of alumni and development, then director of development at Georgia College in Milledgeville, Ga., where he doubled alumni participation and developed the school’s first major and planned gifts program.

Leonard received his bachelor’s degree in philosophy at William Jewell College, his MBA from Saint Louis University, and his Ph.D. in educational administration from the University of Missouri-Kansas City. He will take the reins from Gen. Charles C. Krulak, who retires from his position as 13th president on June 1.

“I am very proud to become a Panther!” said Leonard, who is 58. “Birmingham-Southern is such a great liberal arts institution with a rich history, and I know it has the capacity to soar even higher. We must build on the college’s current strengths and boldly engage the future and audaciously blaze a path that will put BSC on a national stage.”

Leonard and his wife, Sheila, have two sons: Quade, 12, and Thomas, 5; he volunteers with their swim team and is a Cub Scout den leader. He is chair of the Council of College & University Presidents of the Evangelical Lutheran Church in America and of the Kansas Independent College Association. He also serves on the board of directors of the Lutheran Educational Conference of North America, Kansas Independent College Finance Authority, the Swedish Council of America, and the Birger Sandzen Memorial Gallery Foundation. He has also served on the board of directors of North American Interfraternity Conference and Lambda Chi Alpha Fraternity. He has also served on several Church Councils, as stewardship chair, and as a Sunday school teacher.