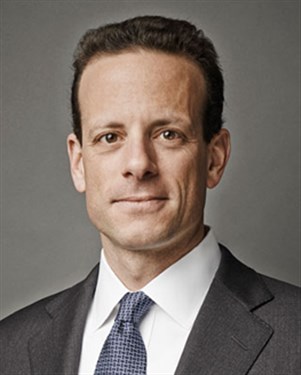 Alexander Friedman will talk about how his career has evolved from starting off as a White House Fellow and an assistant to the U.S. Secretary of Defense for special projects in the Clinton Administration to now Global Chief Investment Officer of UBS Wealth Management and UBS Wealth Management Americas. He will present the 2014 Stump Entrepreneurship Lecture at BSC on Thursday, April 24, at 6:30 p.m. in Bruno Great Hall.

Friedman is now a leading figure in both the financial services and philanthropic spheres. At UBS, headquartered in Zurich, Switzerland, he oversees investment strategy and policy for approximately $2 trillion in assets by clients of UBS and its affiliates—one of the largest capital pools in the world. He also serves as chairman of the UBS Wealth Management’s Global Investment Committee.

In his entrepreneurial career, Friedman was the CFO of the Bill and Melinda Gates Foundation with the signature accomplishment of creating and managing the organization’s multibillion dollar portfolio of program-related investments, the largest of its kind in philanthropy. He served on the Gates Foundation management committee during a time when the organization more than doubled in size. He returned to the financial services industry when he joined UBS in early 2011.

Friedman also started a number of venture-backed companies, including one that brought together investors to purchase one of the biggest suppliers of small boats to military providers worldwide. In addition, he is a regular contributor to Bloomberg, CNBC, and other financial media.

A member of the Council on Foreign Relations and a trustee of numerous nonprofit organizations, he holds a bachelor’s degree from Princeton, a JD from Columbia Law School, and an MBA from Columbia Business School.

Friedman, who was raised in New York and Washington, D.C., is well known for his philanthropy and as a remarkable outdoorsman, who has climbed many of the highest mountains in the world. He founded a national student effort to raise $1 million for AIDS research through a climb of Alaska’s Mt. McKinley.

The lecture is free and open to the public. For more information, contact Dr. Sara Robicheaux, dean of business programs at BSC, at (205) 226-4828.