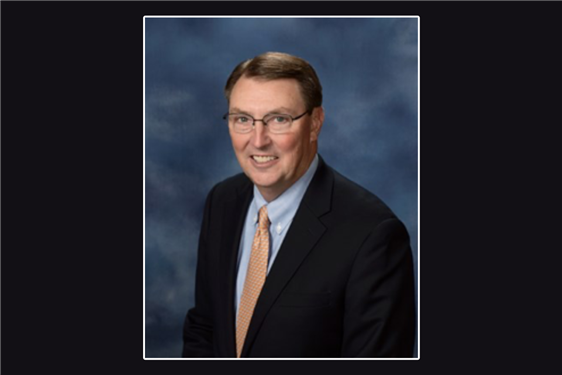 From the 2020 North Alabama Conference Delegation:

After a time of discernment, our delegation, which will represent the North Alabama Annual Conference at the 2020 Southeastern Jurisdictional Conference, has voted to affirm the nomination of the Rev. Dr. Glenn D. Conner for election as a bishop of The United Methodist Church. The delegation, comprised of eight clergy delegates and eight laity delegates, as well as three lay alternates and three clergy alternates, voted by a large majority to affirm the nomination made by the Executive nominating committee. Dr. Conner has been a part of the North Alabama delegation to Jurisdictional Conference and as an alternate to General Conference for the last five General Conference sessions.

Dr. Conner and his wife, Traci, have four adult children and two grandchildren, which bring joy to their lives. He would bring that joy, energy, leadership, and deep love of the church, which has characterized his 43 years of pastoral ministry experience, to the role of Bishop. During those years, Dr. Conner has served small, medium, and large churches as well as serving as a District Superintendent in two districts. He is currently serving at Huntsville First United Methodist, one of our largest congregations. He has served as the Senior Pastor there for the last 12 years. During that time, Huntsville First has received over 1400 new members and received over 450 new members on Profession of Faith. The church has also started two new worship services and experienced tremendous growth in its mission outreach. During his time as a Superintendent, Dr. Conner led in the Jasper and Central Districts. While on the cabinet, he was instrumental in drawing the lines for the reorganization of the Conference, as it reduced the number of Districts. He has also served the following local churches: Bynum UMC, Leeds First UMC, Scottsboro First UMC, Julia Street Memorial UMC, Heflin First UMC, St. Paul-Boaz UMC, Piedmont First UMC, Sylacauga First UMC, and Athens First UMC.

Dr. Conner was ordained as a Deacon in 1978 and Elder in 1981. He earned a B.S. in Education from Athens State University and a Master of Divinity and Doctor of Ministry from Candler School of Theology, Emory University. In addition to his local church ministry, Glenn has served on numerous District and Conference leadership teams. These include the Board of Ordained Ministry, The Committee on Episcopacy, The Integrity Committee, the Trustees of Camp Sumatanga, The Huntington College Trustees, and he served for 26 summers as a Director of Elementary Camping.

Dr. Conner has always been a bridge-builder who has worked across the theological spectrum in the Board of Ordained Ministry and the cabinet under Bishop Will Willimon. He has been an example of traditional theology with a gracious practice of ministry. His passions are to bring people to know Christ Jesus as Lord and to see the church live out its ministry as the love of God redeems the world.

“The United Methodist Church is at a crucial time. There are differences in understanding and practice of ministry. There is both excitement and hurt. I am humbled and honored to be nominated for consideration of leadership in this time. The role of Bishop is an awesome task, but one that needs experience, grace, and conviction. I pray for our church and the future of our ministries as we seek to follow Christ and make new disciples”, said Dr. Conner.

Rev. Vaughn Stafford, secretary of the delegation, and a friend says, "What we need in this time of denominational tension are people with natural and historical gifts of leadership to step up and lead. Glenn is an exceptional and faithful leader who has a proven track record of seeking common ground and higher-good while representing Christ wisely and well."