UMCOR responding in Afghanistan and Haiti 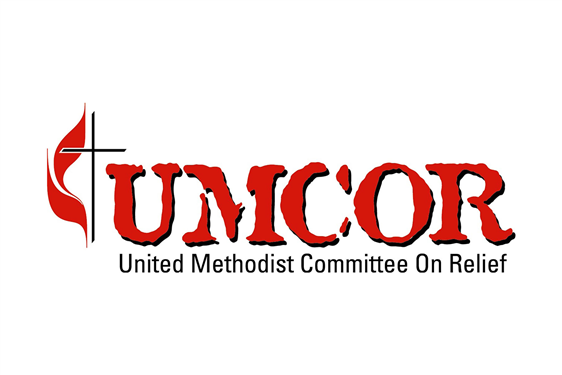 In collaboration with long-standing partners, UMCOR is providing humanitarian relief and is prepared to assist with refugee resettlement.

For more than 40 years Afghanistan has been wracked by wars, civil strife, invasion and massive amounts of arms shipped in from outside forces. It is one of the poorest countries in the world, with high infant and maternal mortality rates, and millions of Afghans have been displaced as refugees over these many years. Today the country is again at a point of transition with great uncertainty about the future. Thousands of Afghans are seeking to flee violence and a fear of persecution. Roland Fernandes, general secretary of Global Ministries and UMCOR, expressed his sympathy for the Afghan people, stating: “The situation in Afghanistan is uncertain and unfolding. It is a tragedy of epic proportions. We pray especially for all of those left behind who now live in fear and for the many communities across Afghanistan also facing extended drought and hunger.”

Global Ministries and the United Methodist Committee on Relief have long-standing partners in Afghanistan, with projects and programs dating back to the mid-1960s. The work has been, and continues to be, in partnership with local Afghan communities, as well as with other humanitarian agencies concerned with health, community development and human rights. UMCOR is working with these partners to determine what assistance is most helpful at this time and the best avenue for ensuring humanitarian relief reaches the country. Through one project, UMCOR will provide cash assistance to displaced families residing in the Kabul area, enabling them to prioritize their most urgent needs such as food, shelter or medicine. Those interested in supporting UMCOR’s response in Afghanistan can make gifts online at here or by checks sent to Global Ministries/UMCOR, P.O. Box 9068, New York, NY 10087-9068, with Advance #982450 noted on the memo line.

UMCOR is also prepared to assist with refugee resettlement through its partnership with Church World Service and is currently in conversation about assisting Church World Service with temporary housing for Afghan refugees. Those interested in supporting the UMCOR-CWS partnership can make gifts online here or by checks sent to Global Ministries/UMCOR, P.O. Box 9068, New York, NY 10087-9068, with Advance #3022144 in the memo line.

“The United Methodist Church is one of the denominations that helped launch Church World Service in 1945 and CWS remains UMCOR’s primary partner in refugee resettlement work,” said Bishop Thomas J. Bickerton of the New York Conference, president of UMCOR. “It is imperative that we continue this long-standing tradition as United Methodists by being active in this humanitarian effort.” In the last few years, CWS has resettled thousands of refugee families in the U.S. with visas issued under the U.S. Refugee Admissions Program and SIV Program, a Special Immigration Visa created by Congress to ensure that no U.S. ally is left in danger. Those interested in assisting locally in the resettlement of Afghan refugees can learn more at https://cwsglobal.org/take-action/community-sponsorship-2/.

The United Methodist Committee on Relief’s response to the 7.2 magnitude earthquake that rocked Haiti on August 14 is underway. The quake, which particularly damaged the southern and western regions of the island, has left more than 2,200 dead and 12,000 injured.

Several hospitals have been damaged or destroyed. Those still open are completely overwhelmed, lacking sufficient personnel and medical supplies. UMCOR has already awarded grants to provide urgently needed medical supplies. The first grant, to the Eglise Methodiste d’Haiti (Methodist Church of Haiti), in coordination with local doctors and nurses, will supply two clinics in Gebeau and Les Cayes with medical supplies. The second, to Service Chretien d’Haiti (SCH), will supply Les Cayes General Hospital. These grants will enable the procurement of bandages, gauze, IV fluids, antibiotics and, given the continuing coronavirus pandemic, PPE.Access to the impacted areas is limited due to extensive damage and, sadly, gang violence, but the Haitian government and high-ranking UN officials have negotiated humanitarian access for relief convoys.

“UMCOR has a long history of working with partners in Haiti to alleviate suffering and advance hope and healing. Our response will continue with additional grants to partners in the region providing humanitarian relief. As we know from past tragedies, recovery will have its challenges and will take time and UMCOR is prepared to assist the long-term recovery as it has done in the past,” said Roland Fernandes, general secretary of Global Ministries and UMCOR.

The 2010 earthquake in Haiti was devastating and took the lives of 230,000 people, including two of Global Ministries’ executives, the Rev. Sam Dixon, who led UMCOR, and the Rev. Clinton Raab, head of Volunteers in Mission. Response to that disaster brought together resources from UMCOR, other humanitarian groups, local churches and volunteer teams to rebuild that which had been destroyed. At that time, UMCOR also established a field office which directed local program implementation for several years. More recently, UMCOR has supported numerous projects in Haiti, focusing on rebuilding, environmental sustainability, women’s economic development, education, food security, water, sanitation and hygiene.

“Tropical Depression Grace has only added to the tragedy unfolding in Haiti,” remarked Bishop Thomas J. Bickerton, president of UMCOR. “We will continue to pray for and support those who have been injured, who have lost loved ones, or are without food and shelter, as well as those on the ground coordinating and supporting relief efforts.”

As the humanitarian relief and development arm of The United Methodist Church, UMCOR assists United Methodists and churches to become involved globally in direct ministry to persons in need. Those interested in supporting UMCOR’s response in Haiti can make gifts online at https://umcmission.org/advance-project/982450/ or by checks sent to Global Ministries/UMCOR, P O Box 9068, New York, NY 10087-9068, with Advance #982450 noted on the memo line.

Updates on UMCOR’s response to the 2021 earthquake in Haiti can be found at https://umcmission.org/international-disaster-response/earthquake-in-haiti-umcors-response/

UMCOR responding in Afghanistan and Haiti