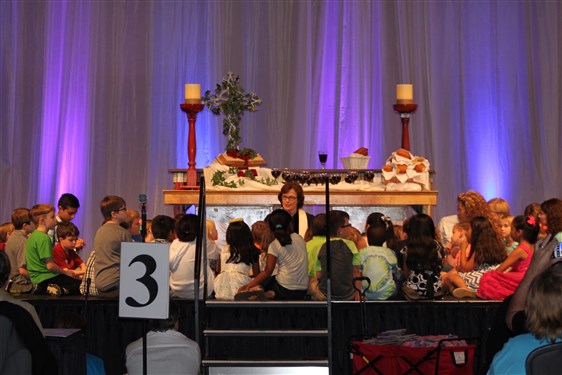 The North Alabama Conference gathered at the Von Braun Center in Huntsville from June 5-7, 2016, for a 48-hour worship experience.  During the three days together, North Alabama United Methodists heard challenging speakers, received ministry reports from Conference teams, recognized Glory Sightings from mission agencies and celebrated the collection and distribution of more than 70,000 new books as part of the Conference’s Bazillion Book Drive.

The theme of this year’s mission-driven Annual Conference was “Harvest: Sharing Christ.” The theme scripture comes from John 15:4-5, “Abide in me as I abide in you. Just as the branch cannot bear fruit by itself unless it abides in the vine, neither can you unless you abide in me. I am the vine, you are the branche 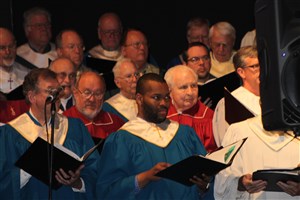 s. Those who abide in me and I in them bear much fruit, because apart from me you can do nothing." 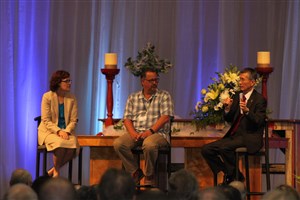 Bishop Young Jin Cho of the Virginia Annual Conference led a Prayer experience each morning. Bishop Cho noted, “You have to pray in order to learn how to pray.” He not only taught about the importance of spiritual disciplines but also led Conference attendees in times of prayer -- both verbal and silent prayer.  On Tuesday he underlined the importance of spiritual growth in church leaders and congregations noting, “Leadership has two important component: servant leadership and spiritual leadership.” He urged each person to spend at least one hour a day practicing the spiritual disciplines.  At the conclusion of his Tuesday morning presentation, Bishop Wallace-Padgett asked for a commitment from those gathered to spend an hour in spiritual disciplines. This request was made in the form of a motion, which the Conference unanimously adopted.

During the Memorial Service on Monday afternoon, the Conference gave thanks for those clergy and clergy spouses who have died in the last year. Those people included the following:

On Monday evening, the Conference held the annual Service of Licensing, Commissioning and Ordination at Trinity UMC. During the Service, 18 new Local Pastors received their licenses, six Provisional Elders and four Provisional Deacons were Commissioned, one Associate Member was Commissioned and one Deacon and eight Elders were Ordained. Those people included the following: 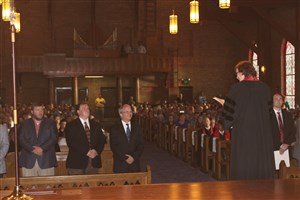 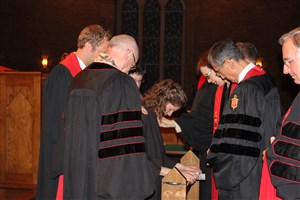 During times of business, the Conference

During the Sending Forth service, Bishop Wallace-Padgett fixed the clergy appointments for the next year.  It was also announced that the 2017 North Alabama Annual Conference will meet June 4-6, 2017 in Huntsville.