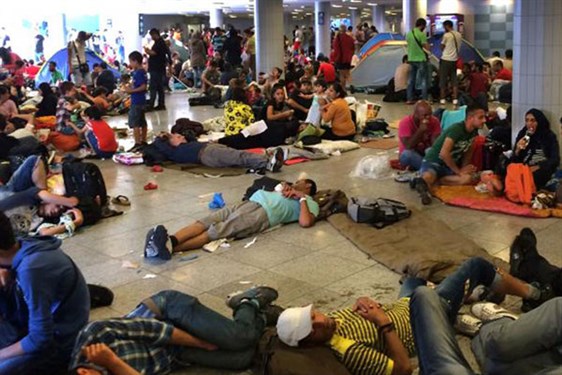 Thousands upon thousands of people have showed up at the borders of various European countries asking for asylum. This may be the largest refugee crisis since World War II, and already countries and organizations are struggling to find a compassionate and practical way to respond.

As United Methodists, we have already responded in many ways. United Methodists in Messstetten, Germany are opening their hearts and arms to aid those seeking shelter, and are making a difference.

The United Methodist Committee on Relief (UMCOR), which is funded by all United Methodists including members of the North Alabama Conference, is working with ministry and nongovernmental organization (NGO) partners on the ground to provide funds, food, and shelter. Your gifts, through your local church, have already made an impact.

The crisis is a heartbreaking event—many families having to make the tough choice of leaving home because of war and poverty and going to new lands hoping to find compassion. As a part of our Judeo-Christian story, we also know that the people of Israel have felt what it means to be on the run, looking for a home.

United Methodists have spoken loudly on the issue of migration, issuing a resolution during the 2008 General Conference:

“That many people will resist poverty and war through migration is an ancient and modern fact of human existence. As a consequence, elaborate national and international systems of containment and classification based on national origin have been developed over the past quarter-century with regard to migrants.

Global migration as a factor in the quest for justice is of major concern to The United Methodist Church as a denomination that is global in its vision, mission, and ministries.”

[For more see RESOLUTION #6028, "Global Migration and the Quest for Justice" in the 2012 Book of Resolutions of the United Methodist Church]

How can you help?