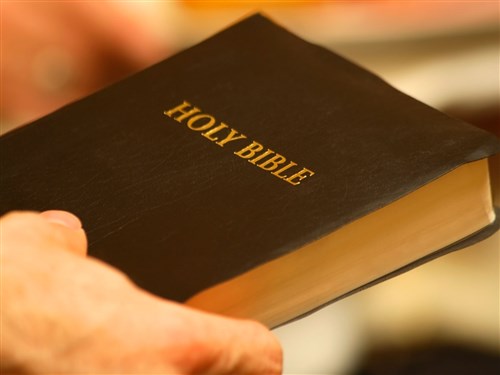 On Saturday, January 23, at 6 p.m. at Trinity UMC (1400 Oxmoor Rd., Homewood, AL 35209), Dr. Johnson will offer a free lecture entitled “How Is The Bible True?” This event will be a “seminary-type” discussion that is open to the public, and we especially want to invite our local clergy to join us.  Luke Timothy Johnson is the author of a number of books, countless articles, and is in his final semester as Candler School of Theology’s Woodruff Professor of New Testament and Christian Origins.

Professor Johnson's research concerns the literary, moral, and religious dimensions of the New Testament, including the Jewish and Greco-Roman contexts of early Christianity (particularly moral discourse), Luke-Acts, the Pastoral Letters, and the Letter of James. A prolific author, Dr. Johnson has penned numerous scholarly articles and more than 25 books. His 1986 book The Writings of the New Testament: An Interpretation, now in its second edition, is widely used in seminaries and departments of religion throughout the world.

A former Benedictine monk, Dr. Johnson is a highly sought-after lecturer, a member of several editorial and advisory boards, and a senior fellow at Emory University's Center for the Study of Law and Religion. He received the prestigious 2011 Louisville Grawemeyer Award in Religion for his most recent book, Among the Gentiles: Greco-Roman Religion and Christianity (2009, Yale University Press), which explores the relationship between early Christianity and Greco-Roman paganism.

There is no registration required, and we hope to see you there!