MetaCamp, experiential learning environment for reproductive disciple-making, to be held at Sumatanga in December 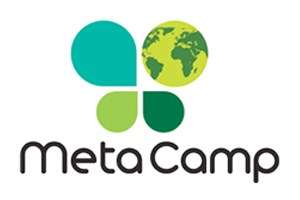 How can churches launch new congregations that are reaching new people for Christ and helping them grow in discipleship?  How can these new people become disciples who make disciples? One tool for the toolbox is MetaCamp.

Curtis served as a missionary in China during the 1990’s.  He went to an island with a population of approximately 7 million and fewer than 100 known Christians worshipping in unregistered churches. Historically, this island was where the Chinese government exiled criminals and those who had fallen out of favor. It was a poor, resentful and violent place. It was, literally, “the ends of the earth.” By 2008, there were more than 500,000 followers of Christ.

The method that Curtis and his team used produced single cell, virally reproducing house churches. These house churches multiplied into what is now called “Church Planting Movements.” Although Curtis is not a United Methodist, he acknowledges the deep roots such movements have in the early Methodist movement led by John Wesley.

MetaCamp is an event designed “to provide an experiential learning environment for reproductive disciple-making.”  The event is a cross between a military boot camp, a mountain-climbing base camp and an athletic training camp. The intended outcome is for people to become more fruitful disciples of Christ.

Training topics include how to make multiplying disciples and start multiplying simple churches; how to strategize to reach an entire people group or geographic area; how to work with oral learners; and how to effectively integrate holistic ministry into your disciple-making.

In addition to the normal MetaCamp program participants will be discussing how to adapt this to our United Methodist context.

The program will begin with registration at 9 a.m. on Monday and end at 4 p.m. on Thursday.  It will be held in the Retreat Center and the McKinney Atkins building.

For more information go to http://metacamp.org.

For more details about the December event contact Rev. Lewis Archer at lewis.archer@umcna.org.

Click here to register. Please note the event is limited to 30 participants.

MetaCamp, experiential learning environment for reproductive disciple-making, to be held at Sumatanga in December