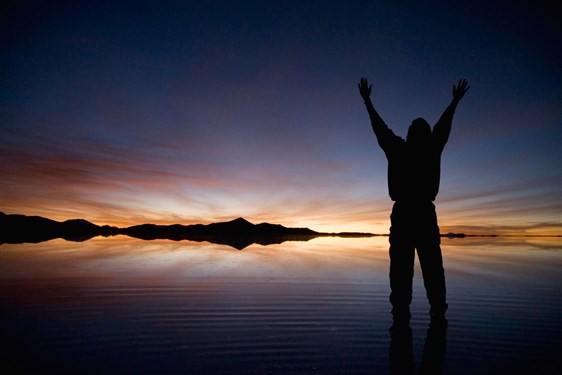 “In the past, when I walked up in my cowboy boots and Hank Jr. shirt I didn’t always feel welcomed.”

However, today, as the Southwest District Director of Celebrate Recovery Ministries, he is working with churches throughout the district to make sure people like him find a place and are introduced to the hope that Jesus Christ has for everyone.

Southwest District Superintendent Rev. Roger Thompson explains, “Celebrate Recovery is a worship-based model of interventional. It not only addresses drugs and alcohol, but it is a biblically-based program that helps people overcome hurts, hang-ups, and habits.”

Thompson said the idea to expand the outreach of Celebrate Recovery within the District came as the District’s Spiritual Transformation Team (an Operational Team) began discussing how to stop the decline in worship attendance in the District. The team noted that three churches Fayette First UMC, River of Living Water UMC, and Hargrove Memorial UMC had active Celebrate Recovery groups. All of the groups were averaging 30 to 40 people weekly. In other words, the ministry was bringing dozens of new people into a weekly worship experience at these local churches.

Thompson notes, “Neal has 25 years of sobriety. He is a tremendous witness. He has a heart for Jesus and is a very dynamic individual. He is excited about what he is doing.”

“I am passionate,” Fuller says. “I want to reach people not in church – those who don’t attend, who have been turned away or have been hurt by the church. I think Celebrate Recovery is the best way to change our churches. It helps change the churches’ perspective on who they are trying to reach.”

Groups each night of the week

The Southwest District has a goal to begin six new Celebrate Recovery groups. The goal is for there to be a group meeting somewhere in the District every night of the week except Sunday, when participants are encouraged to worship in the local church’s regular Sunday service.

Fuller began his work in the District by making contact with pastors through an informational meeting about the ministry. He also began meeting with pastors individually as interest grew about starting Celebrate Recovery groups.

He also reports that in rural areas of the District, three or four small membership congregations are discussing working together to support a Celebrate Recovery.

Fuller says, “My personal goal is to reach people like me that society has detoured away from the church. I thought I needed to be cleaned up before I could become a part of the church.”

One reason Fuller is so passionate about Celebrate Recovery is that the ministry has made a difference in his own life.

Fuller is the oldest of seven children. After being abandoned by his mother, he began getting into trouble at an early age. A victim of child molestation, he lived in foster homes and correctional facilities. He began to fight, smoke cigarettes, and do drugs. After being kicked out by his father at age 18, he spent the next seven years traveling from place to place, making enough money to support his habits of drinking and drugs, and spending time in jail.

He explains, “Finally on August 2, 1993, I had hit ‘rock bottom’. I was living on the streets in Missouri, going to bars, playing pool, and using and abusing women. I finally got a job at a grocery store, sweeping the parking lot for food from the deli. The owner found out I was living in the cemetery across the street and got me connected with his church to get cleaned up and a place to stay. I decided I was going nowhere, and with his help, began the process of cleaning up my life.”

Fuller says for the next 10 years he was free from drugs and alcohol working the recovery steps of Narcotics Anonymous. However he still “felt all alone.” He realized during his recovery he had developed other “addictions” – such as pornography, jealousy, anger, being abusive toward women, and the need for money and power – that were affecting him emotionally and spiritually.

He met a Christian in recovery who became his sponsor for a while. Fuller says, “With him, I was able to complete the steps at a much spiritually deeper level than I ever had.”

In 2003, Fuller became a believer in Jesus Christ and began living a Christian life. In 2007, he started attending Hargrove Memorial UMC in Tuscaloosa. That is where he was introduced to Celebrate Recovery. He explains, “When I asked about a Sunday School class for ‘someone like me,’ I was given a Leader's Guide for Celebrate Recovery. I read the whole book in two weeks and I was hooked. I don't think I ever read so much, so fast in all my life. Here was the 12-step program I have been working for years, but it was introducing me to the fact of my past recovery actually coming from the Bible. I saw this as a way to be one person all the time; no need to wear a mask. I didn't have to be one way at work, one way at my recovery meetings, and yet another way at church; I could just be me. Having had a spiritual awakening as a result of these steps, I have tried to carry this message to others and practice these principles in my own life (Step 12).”

Fuller says he thinks Celebrate Recovery is a good fit in North Alabama, because it helps fulfill our Conference mission of Discover, Develop and Deploy Spiritual Leaders to make Disciples of Jesus Christ for the Transformation of the World.

He notes that the Celebrate Recovery process discovers potential new leaders, develops and disciples them and then deploys them to help others.

He adds the ministry is also a reflection of the United Methodist Church’s brand promise Open hearts, Open Minds, Open Doors. “People want to know Christ if someone will just open the door to them. That’s what we are trying to do through Celebrate Recovery... open that door.”

Thompson agrees saying, “I am very excited about the potential of this ministry in our District. Not just the worship attendance, but the lives changed.”