Warming Up the Homeless in Vienna, Austria 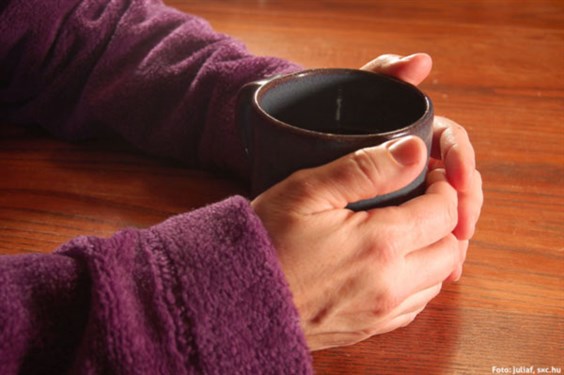 From December 2, 2014, through the beginning of April 2015, the Fünfhaus Austrian Methodist congregation and the English-Speaking United Methodist Church (ESUMC) in Vienna will again be offering the homeless a place to stay warm during the day and have some soup and warm drinks in their church in Vienna’s fifteenth district.

The “Wärmestube” mission is organized by the Austrian Catholic Church’s Caritas organization and the Protestant Diakonie group.  Fourteen congregations in Vienna are participating, opening their doors for one day a week.  Those without homes – and those who might actually have an apartment but not enough funds to heat it – can visit just to warm up or to stay and talk until evening.  It is a sanctuary where all are welcome and none are bothered – old and young, men and women, regardless of their backgrounds, nationalities, language, or city where they reside.

The concept and the name have been taken from the calefactorium, the one heated room in a monastery where the monks could go to warm up during the winter.  Like those monks, some people today, even in an affluent city like Vienna, need warmth.  Vienna can have snow storms and temperatures well below freezing from December through April.  Even without snow the temperatures hover just above freezing with damp fog for most of the winter.

The volunteers who staff the ESUMC Fellowship Area receive orientation training.  A sign is hung on the door to the church “Wärmestube – please ring”.  The volunteers provide soup, coffee, fruit, and other food.  Last year one volunteer provided Goulash and Risotto and oriental pasta dishes.  Between 25 and 40 people came each day – a total of 344 guests, of which 68 were women, the second most frequented location in Vienna.

People can freeze not only from the temperature, but from loneliness.  The volunteers are not trained social workers or psychologists, but they try to approach each visitor with respect and kindness.  They have often been surprised at the sincerity and friendliness they received in response.  The individual stories from the guests of course are not easy to deal with.

Support for this project comes from the mission budgets of the two congregations.

Last year, the ESUMC Vienna provided assistance locally and around the world.  Gifts and support were given to prostitutes in Vienna through the local “Herzwerk” charity, and through the “Schmetterlingskinder” charity to “Butterfly Children” suffering from Epidermolysis bullosa.

Mission support was given through UMCOR and the Advance to the Philippine Relief Project, to the Imagine No Malaria Project and to support the development of a Roma Mission and Community Center.  Recently the ESUMC purchased and shipped German language bibles and children’s books for a German language UMC congregation in the United States.

A significant portion of the congregation of the ESUMC Vienna has family ties to countries in Africa.  Although not directly affected, the search for a way to prevent and treat the Ebola Virus Disease is important to them.  At its annual Harvest and Thanksgiving Festival in October a special collection raised $920 in support of UMCOR’s activities against EVD.

Warming Up the Homeless in Vienna, Austria