J.O.Y. UMC is a new congregation reaching out to Huntsville's Korean population 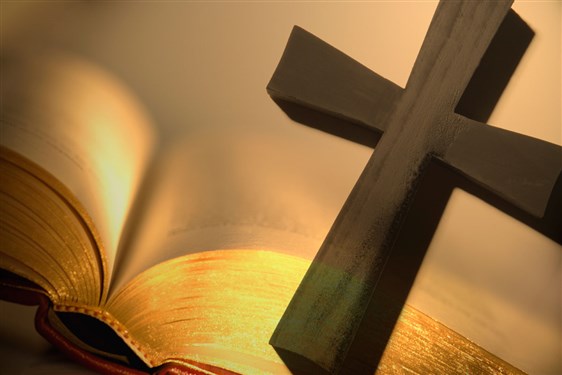 Rev. Yohan Hong shares, “When my wife Jenny and I decided to obey God’s calling to serve a Korean congregation in the Northeast District of the North Alabama Annual Conference, District Superintendent Dale Cohen and we came to the same conclusion that we need a new church with new paradigms making God’s church healthier, instead of maintaining another traditional church.”

So in July 2014, a new United Methodist congregation began in the Huntsville area to reach the Korean immigrant population.  Meeting within Asbury UMC in Madison, the congregation is called J.O.Y. UMC. The name is the acronym of Jesus First, Others Second, You Third.

Rev. Hong says, “J.O.Y. UMC believes that we will experience a real joy in our lives if we can put Jesus First, Others Second, and Yourself Third. This is our motto identifying ourselves as the disciples of Jesus. Since the beginning, our congregation has repeated this motto during our Sunday worship service.”

In the spring of 2014, Rev. Hong was first invited to minister to Korean people in the Northeast District. Rev. Cohen explained there was a Korean congregation that recently disbanded due to severe conflicts within the congregation.

Rev. Hong said at first the invitation did not seem attractive because he and his wife thought they were not called to minister to Korean immigrants in the States. They had prayed and God was opening doors for them to serve in American congregations. In fact, at that time, they were praying for the discernment to choose between two offers they already had received. However, after several days, Jenny told her husband they needed to contact Dale again about the position in Alabama.

Rev. Hong says, “It was a divine intervention of the Holy Spirit changing her mind. As a matter of fact, our major reason to reject this offer was to protect Jenny from the cultural excessive demands for a pastor’s wife in the Korean church. We wanted a safer place where we could equally serve God and His people as partners.”

They then traveled to Huntsville to have interviews with Rev. Cohen, two remaining families of the previous Korean congregation, as well as leaders of Asbury UMC to discuss a position as an associate pastor.

Rev. Hong notes that while meeting with the Korean families, he and Jenny heard hurt, frustration, fear, hatred, and mistrust.  They tied to encourage the families to forgive and to expect something new from God.

“On that night, Jenny could not get a sleep at all, but I did,” Rev. Hong says. “According to her, God reminded her of Jonah’s story and also illuminated her heart with His words: ‘Whoever wants to be my disciple must deny themselves and take up their cross and follow me. For whoever wants to save their life will lose it, but whoever loses their life for me will find it.’ (Matthew 16:24-25).”

Rev. Hong calls that night “the first discipleship training” God offered them as God began transforming their hearts to see God’s vision for the church.

They then began asking themselves the questions, “What can make this Korean church healthier?” and “How can we make a difference through this ministry?”

Rev. Hong explains that in the Korean church members are often addressed by titles such deacon, exhorter, and elder. He notes this was first started to empower lay people to be active in ministry, but it gradually rendered a hierarchy. This hierarchy can trigger relational conflicts in the church.

“I believe that calling each other as brother and sister is one of the first steps to make a Korean congregation healthier,” he says. “Considering the hierarchical, patriarchal, Confucian, and military cultures of the Korean society, this way of ministering to Korean people is revolutionary. By the grace of God, when I suggested to our members to give up all titles given from other churches, they eagerly agreed. The power of the Gospel transcends all cultural values.”

Secondly, they sought to empower people by giving them a voice.

“In our worship service, every Sunday one of our members has five minute-speech right before the sermon,” he says. “The Holy Spirit is able to speak through anyone in our church community, and we have to be open to listen to His voice through other people. In the five minute-speech, every individual is invited to share faith stories, prayer requests, and a testimony. This has been one of our great traditions in J.O.Y. UMC.”

Third, they valued small groups as a way to be accountable to one another as a community. They began several small groups: a prayer meeting, a sister meeting, a brother meeting and a meeting following the Sunday worship service.

“Especially in brother meeting and sister meeting people invite others who are interested in knowing Jesus more and living together as a community in faith,” he says. “They are sort of a small church enabling people to grow, test, affirm, and practice our faith.”

Fourth, they sought to be a mission-driven community.

“We are small but passionate in mission,” he explains. “Our congregation has been supporting two seminaries in Nepal, and participating quarterly in Rescue Mission for the homeless in downtown Huntsville.”

Finally, the Sunday worship service has been a crucial part of the discipleship process by helping people encounter Jesus Christ.

“By the help and grace of God, J.O.Y. UMC has experienced Spirit-filled praise and worship, powerful and inspiring messages rooted in the Scripture, loving and forgiving one another while singing a blessing song for each other,” he says. “These things happen in our Sunday worship service. Whenever I feel discouraged, that is a spiritual attack from Satan. God’s presence and power are present so strongly and wonderfully in our worship. That is encouraging for all of us!”

Northeast District Superintendent Dale Cohen says, “Reaching younger and more diverse people is critical to the future of the United Methodist Church and in Huntsville we have a great opportunity to reach out to the Korean immigrant population. With several Korean companies operating in the Tennessee Valley region, we have positioned ourselves with great pastoral leadership in Rev. Yohan Hong to reach a more westernized yet paradoxically traditional Korean subculture. This energetic and vibrant congregation is committed to discipleship and evangelism with a focus on reaching younger families in the area.”

Rev. Hong estimates there are between 1,500 and 3,000 Koreans in the Huntsville area. He notes that there are three different types of Korean Christians: those who preferred to attend a Korean church, those who attend an American church and those who go to both alternately.  The current Korean congregations in the Huntsville / Madison area target those who want to maintain their ethnic identities and attend Korean churches. The membership of those congregations remain small.

He notes he believes one blind spot of ministering to Korean people in the area is Korean women who are married to American men and are living in-between two different identities.

“Some of them want to go to an American church with their husband and become assimilated successfully into American culture. But some of them are still wandering between Korean and American,” he explains. “In this sense, I think that J.O.Y. UMC being planted inside Asbury UMC and me serving as senior pastor at J.O.Y. and an associate pastor at Asbury can be a good bridge for these people to help guide them to find their spiritual home as they want something between a Korean congregation and an American congregation.

“Jenny and I seriously consider them as potential people to be reached out with special care and contextualized strategies. One of the ways could be to design a small group exclusively for them. Another possibility could be to conduct a bilingual worship service with these ladies and their husbands at J.O.Y. UMC.”

He adds that the growing international population in the Huntsville area is an opportunity to share the Gospel with people beyond the Korean community. “God has been leading us to reach out to Asian people from Japan, Taiwan, and China. Jenny has been leading an international bible study for women conducted through Asbury UMC.”

He shares a story from that ministry. A Taiwanese woman has twin boys who wanted to be baptized at Asbury UMC. Therefore, she wanted to learn more about Christianity. She participated in the international bible study group.  Her family in Taiwan are Taoists and her mother is a Taoist preacher. This caused her to be hesitant to allow her sons to be baptized fearing it would cause conflict with her parents. However, Rev. Hong and Jenny began praying with and counseling her. The Asbury prayer teams also prayed for her. “Finally, her two boys were baptized and she also accepted Jesus as her savior," Rev. Hong says. "That was a great God moment touching and transforming His people. The entire church of Asbury rejoiced with their baptism and praised God!”

Rev. Hong and Jenny are seeking ways to befriend other members of the international community such as playing ping pong, having dinner together, and sharing life stories. He notes that building relationships is a way to open the door for sharing the gospel of Jesus Christ.

“I would like to see that the internationals who have never heard the Gospel of Jesus will be saved in the name of Jesus, our Christ and Savior! Jenny and I would like to be humble servants for God’s ministry.”
comments powered by Disqus

J.O.Y. UMC is a new congregation reaching out to Huntsville's Korean population