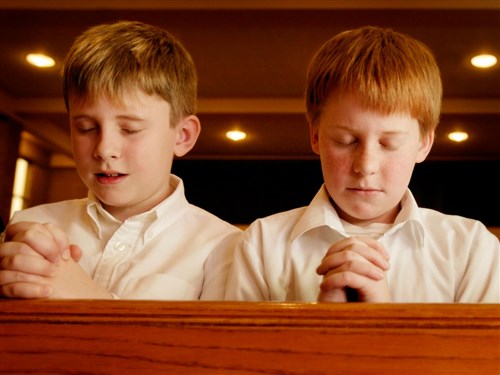 Have you ever wondered why when you think you have it all figured out...planned and ready to execute and God turns it upside down and backwards and it is something better than you could imagine?

This past fall at my consultation with our District Superintendent Roger Thompson, I mentioned that Sunday worship attendance at Carbon Hill UMC is never consistent because of people going out of town on a regular basis. He suggested a short, "no-frills" worship service to accommodate anyone unable to attend Sunday. He said that this had been quite successful at other churches. I said that I would give it a try.

I planned the service, short and sweet. The service would include a time to offer glory sightings and prayer requests, a reading of scripture and a preview of the upcoming Sunday sermon. No singing, no dancing (not that there has been dancing at the Sunday morning service), no frills. Well, I can't say that I was disappointed.

The first couple of months attendance was one to four people plus my husband and me. Time would tell if this would succeed in Carbon Hill, Alabama. We skipped a couple of weeks during the holidays and then came January. I don't know exactly why, but some of the boys (7th to 9th graders) that had been coming to our Wednesday night Bible Study began to show up. I had spent my first year here at Carbon Hill First UMC assisting our children and youth leader during Wednesday Bible Study and had built a relationship with the boys. I began leading the adult Bible Study in September. I thought the boys would come a couple of weeks and stop. But they haven't! They show up every Thursday.

The service is nothing like I expected. God said, "Surprise!"

Yes we have time for glory sightings and prayer requests -- honest prayer requests that only young tween boys can have. We have prayed for a dying grandmother and her grandson, we have prayed for "women troubles" (14-year-old boy women troubles), and we have prayed that one's mother would not "kill him" after she got the note from school that day. (He is alive and well, proving prayer works.) I still read scripture and have a message prepared, but I never get through the message without at least one "I've got a question!" No one gets to do that on Sunday morning. So we answer questions about the organ and other things in the sanctuary, about things going on in their lives, about the cross and about God. And if an adult shows up because they will be out of town over the weekend, they leave being blessed by the curiosity and spirit of the boys.