A Focus on Recovery: Redemption and Resurrection 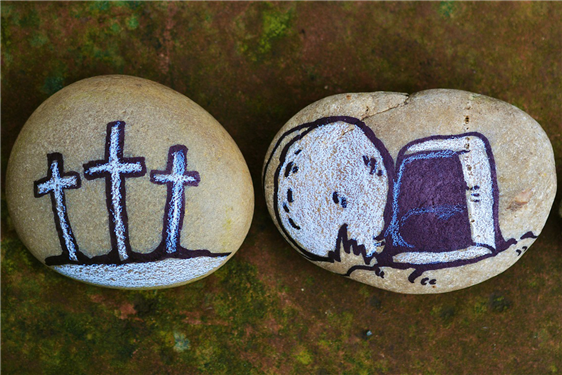 September is National Recovery Month. Throughout this month, North Alabama United Methodists are sharing their stories on various aspects of recovery ministries and how they bring transformation to people, local churches and communities.

Calmly, I responded, “My mother is unresponsive. There is an empty bottle of Vodka and an empty bottle of Xanax on her nightstand. I don’t know how much was in either bottle, she’s breathing but covered in vomit and won’t wake up.”

“Ma’am, stay on the line, we are sending help.” I looked down at my feet. “Ma’am”? I was 13 years old. I waited until I heard the blaring of sirens approaching before leaving her so I could unlock the front door. I knew the drill; check vitals, ask me a bunch of questions and then take her to the ER to pump her stomach followed by a brief stay in the Psych ward for suicide watch. Only, this was the first time my mom returned home angry and bitter because I didn’t let her die. As if my 13-year-old heart could consider any other scenario.

Both sides of my family bear the scars of the generational patterns of alcoholism and drug abuse. At thirteen, I was keenly aware of the implications on my own life, by that time I’d already been in counseling for 5 years and warned that I would most likely carry the genetic indicators for alcoholism - not to mention a mixed bag of other mental health disorders. This kind of foreshadowing doesn’t offer a kid a lot of hope, yet somehow, I maintained an unshakeable belief that I was created for something more. As the years ticked by, I put my best effort forward to distance myself from such grim predictions. Much to my dismay, this was a lot harder than I anticipated. Even my self-redemptive work in the medical field seemed to be a catalyst for greater feelings of failure. I wanted to help people; this was the only thing I was certain of, yet it seemed like I was far more interested in helping people than they were in helping themselves. At this point, I was still blind to my own co-dependency and did not have any kind of relationship with Jesus. I was truly lost.

For many years, those generational patterns would attempt to emerge in my own life, culminating into one moment where I made the decision to commit suicide. I begged that God would take my life, that I had nothing left. This is where the love and comfort that Jesus promises those who mourn became undeniable to me. God responded and offered me the life of His only begotten Son. The invitation from Jesus, “Follow me”, was irresistible.

Quickly, I learned the difference between co-dependency, which is doing for others what they can and should do for themselves, and compassion, which is a genuine desire to ease the pain and suffering of those who are oppressed. My calling came to me gradually as I learned of my Spiritual gifts, leaned on my experiences, and followed the passions, dreams and righteous anger in my heart. The pain, brokenness and sin in my own past had been brought to the light and now shed light on my future. As a new follower of Christ, I entered a ministry and leadership development school and began the journey of discerning what to do with all this newfound freedom. While most of my classmates were sure of church-planting or leading in a Pastoral context inside the walls of the church, I had a different vision. I had begun to encounter more and more women dealing with eating disorders, self-harm, addictions, anxiety, depression and other tragic forms of oppression in my day to day life. I longed to offer a safe place for those whose lives were being damaged by life-controlling issues to find sanctuary and healing. While in school, I spent time volunteering in a domestic violence shelter, a residential program for girls in the foster care system and eventually became a Freedom Advocate for a faith-based program in Nashville that helps women recover from life-controlling issues. It became glaringly evident to me that there are not enough of these resources, let alone faith-based resources locally and I felt a call to do something about it.

Less than a year after graduation, I took an entry-level position in a secular sober living facility for women. Less than a year later, I was promoted to Program Manager and built a program that included access to faith-based resources that hadn’t been previously available. It was amazing to partner with the Holy Spirit every single day and witness women’s lives being transformed and hope restored. I could not believe that I was doing the very thing I felt I’d been created for. Unfortunately, there was also resistance to the new changes and 10 months after revamping the program, we were shut down after the Board of Directors decided to cease operations based on financial strain. While my heart was broken for the women we were already serving, my faith grew in the God of the Resurrection. One thing I’ve learned about the Lord is that He has a way of making the things I feel are happening to me, happen for me.

Currently, I am taking everything I learned during that time in secular, residential recovery and applying it while in the beginning phases of starting a non-profit called Mosaic Counseling and Wellness. Our mission is to provide a sanctuary for people who are seeking the answers for what’s missing by using a collaborative approach via counseling, coaching, and mind-body-spirit wellness. Our dream is to one day open a faith-based residential sanctuary in Shelby County as well.

I’m incredibly grateful for the redemption, restoration and healing God has worked out in my life and the lives of others who I have had the privilege to work with. Looking forward with great anticipation, I believe this with all my heart – He who began a good work will bring it to completion in Christ.

If you’d like more information about Mosaic Counseling and Wellness LLC, please email info@mosaicwellnessllc.com or contact Executive Director Elizabeth Cook at 205-777-7706 to book speaking engagements, host a workshop or to make a donation. Mosaic Counseling and Wellness specialize in topics relating to boundaries, renewing the mind, forgiveness and choosing freedom over oppression.

A Focus on Recovery: Redemption and Resurrection