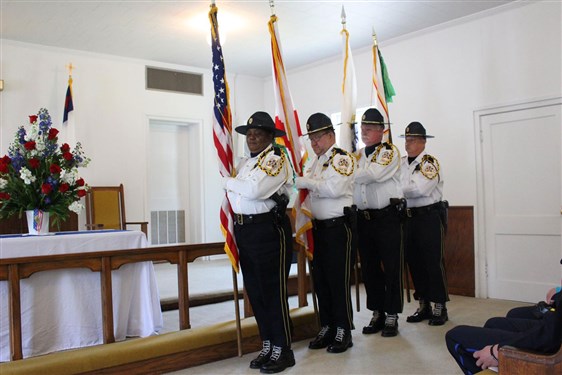 A crowd of more than 115 gathered to honor officers serving in a variety of law enforcement agencies. In total, thirteen agencies were represented including the following:
During the Appreciation Service, each officer was honored and given a pocket cross. At the conclusion of the Service the Alabama State Fraternal Order of Police presented the colors and “Taps” was played honoring those officers who have been killed in the line of duty.

Pastor of Detroit UMC Jason Clifton says, “The next time you see an officer, thank him or her for their service as well as the sacrifices they make daily to serve our communities.”

In 1962, President John F. Kennedy signed a proclamation designating May 15 as Peace Officers Memorial Day and the week in which that date falls as Police Week. This year National Police Week is May 15-21. 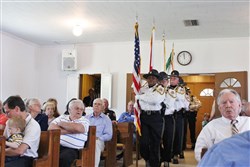 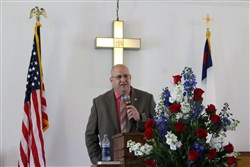