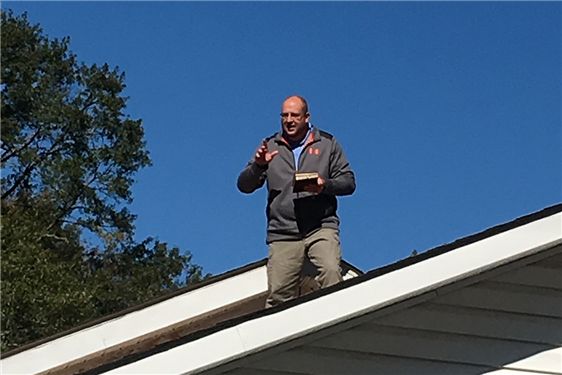 In September of 2015, Jason Clifton was appointed as the Supply Pastor of Detroit United Methodist Church in the Southwest District.

District Superintendent Rev. Roger Thompson stated: “Jason was recommended to me by a pastor in the area as someone with a heart for Jesus and a desire to serve. I appointed Jason for the remainder of the year, with the hope that he would be willing to continue on in the next Conference Year.”

A couple of months ago, Rev. Clifton challenged the congregation to invite others to worship. He explained, “I told them that if they could get 50 in attendance, I would preach God’s Word from the rooftop!”

The worship attendance on Sunday, October 29, sent Rev. Clifton to the roof!

Rev.Thompson says: “Thanks, Jason, for your creative spirit to bring others to Christ!” 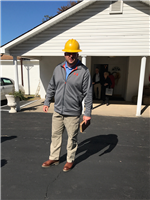 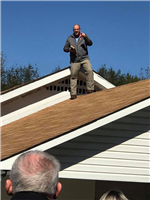