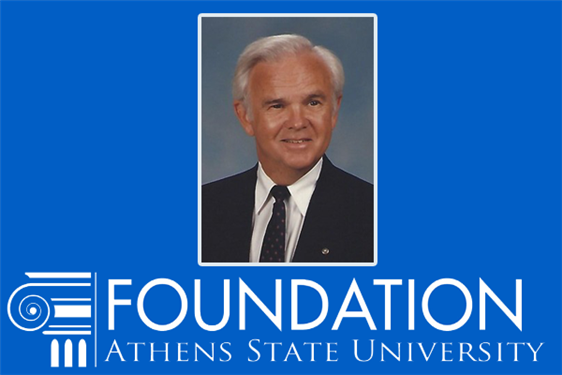 An endowed scholarship has been established through the Athens State University Foundation in memory of Dr. Sidney E. Sandridge. Dr. Sandridge, who served as President of the College from 1970 until 1981, died May 4, 2017.

To date, the scholarship has received more than $12,000 in donations, excluding pledges made. Once the endowment is fully funded, the Dr. Sidney E. Sandridge Endowed Scholarship will continue into perpetuity and the educational opportunities for deserving students will be realized.

Those wishing to contribute to the endowment may do so by contacting the Athens State University Foundation at (256) 233-8215 or by visiting their website at athens.edu/giving. Additionally, checks, made payable to the Athens State University Foundation, may be mailed to the address below with a note stating the funds are to be applied to the Dr. Sidney E. Sandridge Endowed Scholarship.

The Athens State University Foundation is a 501(c)(3) nonprofit and all gifts are tax-deductible as allowed by law. All contributors will receive an acknowledgement letter and gift receipt. Additionally, the Sandridge family will be notified that a gift has been made to the endowment.