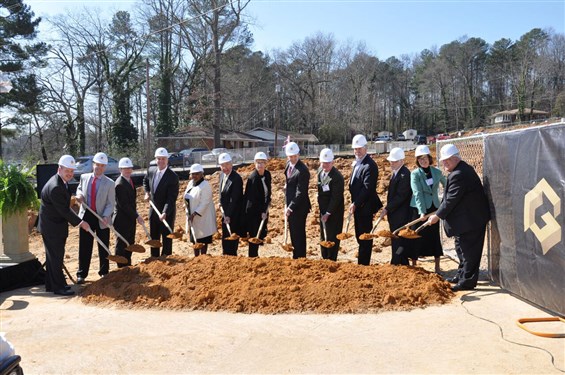 Fair Haven, a continuing care retirement community of Methodist Homes of Alabama and Northwest Florida, will be undergoing an extensive expansion and repositioning over the next two years.  Bishop Debra Wallace-Padgett was on hand for a ceremonial Groundbreaking Celebration on February 11, and gave the prayer of dedication to more than 250 people who crowded the west lawn of the property on the unseasonably bright and sunny day.

More than a physical change, the project at Fair Haven brings a revolutionary model of care not currently present in Alabama. This new form of senior living, known as the “Household Model,” provides a more personalized retirement experience in communities that closely resemble home in both form and function.

Developed by Action Pact, a leader in senior living development, the “Household Model” takes a person-centered approach by emphasizing independence, choice and interpersonal relationships. Smaller groups of residents live together in a household with common areas such as a kitchen and living room, with each resident enjoying private accommodations.

Christopher Tomlin, President and CEO of Methodist Homes, explains that while the “Household Model” has become a trend nationally, he is thrilled that Methodist Homes is the first operator to comprehensively implement it in Alabama.

“We are excited to begin the complete transformation of the Fair Haven campus,” said Tomlin. “The project will incorporate changes to both the physical buildings and the operating model which will ensure our residents experience true home, wherever they reside.”

The expansions include the demolition of multiple existing buildings to make way for construction of new assisted living residences, additional independent living apartments, and two new skilled nursing buildings, including a dedicated short-term stay rehabilitation center. Existing community areas of the campus will be redesigned to include medical and dental offices, fitness center, bistro, ice cream parlor, and other amenities. The campus will incorporate a traditional Birmingham Tudor style for new and existing building façades. When the project is complete, Fair Haven will accommodate almost 400 individuals.

The project, expected to cost approximately $42.4 million over the course of roughly two years, actually got underway shortly after the New Year with the demolition of the East Assisted Living building and three garden homes.  Golden Construction, a Birmingham construction company, will be completing the renovation and expansion in August 2017.  Fair Haven is located at 1424 Montclair Road in Birmingham. 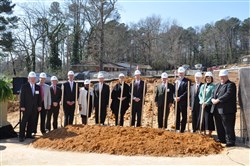 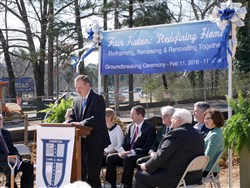 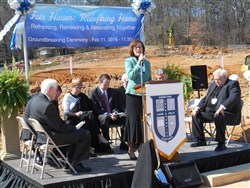