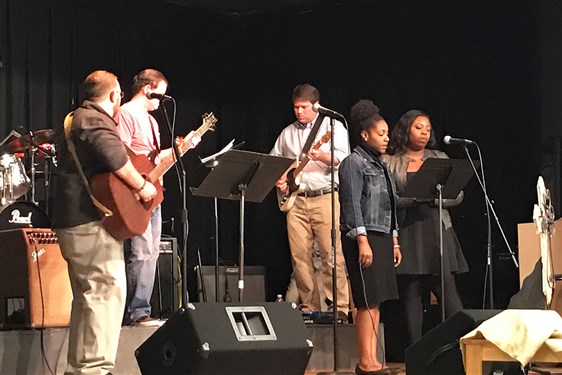 On February 26, 2017, Forest Lake United Methodist Church in the Southwest District, hosted a unity service entitled United by Love: From Segregation through Integration to Unity.

The event featured a diversity of music and a panel discussion by three graduates of Tuscaloosa High School class in 1969. The panelist, two Caucasian and one African-American, shared their experiences of integration.

Flossie Conwell told stories about students spitting at her and teachers who refused to call her by name. In that tense environment, Carol Caffe formed an unlikely friendship with Flossie. Carol made a lifelong impression by simply treating Flossie with decency. Even in the racially difficult times of the ‘60s, Jim Standifer saw the injustices and shared how he learned to build relationships with individual people rather than follow the stereotypes.

Flossie told the crowd of 142 people that as a high schooler she hated white people, but the Lord took her hatred and replaced it with love. “I don’t see color,” Flossie said, “I see people, and I love people.”

Pastor Kevin Thomas expressed Forest Lake’s commitment to continue to reach out to all people in hopes that the church on earth will increasingly resemble the kingdom of heaven. 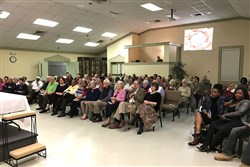