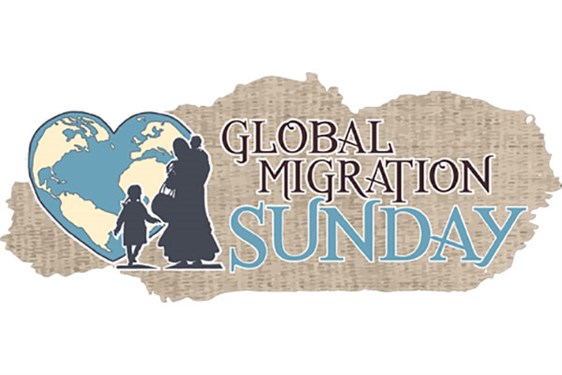 Every minute, an average of 20 people worldwide flee their homes because of war, famine and persecution. To prayerfully remember the plight of migrants, Global Migration Sunday has been set for December 3, the first Sunday of Advent. On this date, all United Methodist churches are asked to gather an offering dedicated to responding to human suffering caused by migration.

“The facts are staggering,” said Thomas Kemper, chief executive, General Board of Global Ministries. “There are more than 65.6 million displaced people in the world today, more than at any time since World War II.”

The millions of migrants include children and their families fleeing to escape violence and extortion activities associated with criminal and gang organizations, economic hardship and poverty, forced displacement, and a distrust of local government. In most instances, the journey is treacherous as people traverse continents and the world. Thousands have died while crossing oceans and seas in ill-equipped boats; disease and starvation kill others. Those who make it to a new place are not guaranteed that they can stay and many are turned back.

“In desperation, millions are leaving their homes in an attempt to escape deplorable situations,” said Bishop Bruce Ough, president of the Council of Bishops. “Throughout its history, The United Methodist Church has been concerned for migrants. Christ calls us to stand with those who are vulnerable, who have unmet needs, such as safety, food, clothing and shelter, and who are in search of better lives.”

The 2016 Book of Resolutions statement “Global Migration and the Quest for Justice” declares, “Global migration as a factor in the quest for justice is a major priority of The United Methodist Church as a denomination that is global in its vision, mission and ministries. This concern is rooted in both a biblical mandate for justice and a commitment to the future of the church.”

On Global Migration Sunday, United Methodists will have an opportunity through this appeal to support millions of displaced people throughout the world, as well as deepen the church’s understanding of the biblical call to welcome and care for the displaced.

In addition to the one-time offering to benefit the Advance, churches can engage in Global Migration Sunday through numerous resources, including worship materials, social media images and content, and a webinar to educate leaders about the current plight of migrants and the church’s call to help. The Upper Room has created a bilingual devotional booklet that includes a specially-written Prayer of Illumination, to serve as a teaching tool in the languages of English, Arabic, French and Spanish. The resources, including stories of migrants, will be available at umcmigration.org, beginning in early October.

Offerings in support of Global Migration Sunday should be directed to Advance No. 3022144.

Financial gifts will be used to support migrants around the world, including helping provide safe passage for those with no viable alternative but to leave, and assisting welcoming communities to help with the needs of new arrivals.

"Migration involves challenges, injustices, and hazards but can also be a blessing,” Kemper says. “The church has a responsibility to respond to the physical and emotional needs of the displaced, and it can recognize and utilize the value of mobility."