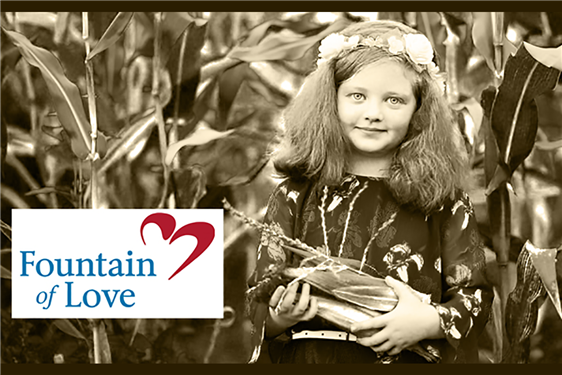 Real people are profoundly impacted by the Fountain of Love Offering, welcome at any time of the year, but often emphasized on Mother’s Day. Consider Jane’s story.

Jane was the youngest of 5 girls that lived just outside of Headland, Alabama. Though the other girls stayed pretty close to the farm, Jane went away to school and became a nurse. Nursing was her life, and she prospered many decades in her chosen career. In her older years, Jane got an infection in her bloodstream after knee surgery, which resulted in the loss of the lower part of one leg. And so the dedicated caregiver found herself needing to be on the receiving end of care from that moment on.

Two of Jane’s older sisters were living at a Methodist Home, so Jane made the decision to move there as well. One of Jane’s nephews, David, describes the reunion.

“It was like a gift, the sisters enjoying life together again,” David said. “They were very happy.”

Since Jane had no children of her own, David’s mother made him promise to make sure that his Aunt Jane was taken care of. In time, both older sisters died, and David continued to look after the welfare of his aunt. As the years passed, Jane’s savings were exhausted. Her monthly income alone was not sufficient to pay her entire care bill. David was in a difficult situation. He decided to see the Methodist Home’s administrator in person to discuss what to do.

David vividly recalls his anxiety and uncertainty. “On the drive, I thought about whether I would have to bring Aunt Jane back home with me and try to care for her. I wondered if all the nieces and nephews pooled some money together whether there might be enough to help Aunt Jane.”

David sat down with the administrator and explained his aunt’s financial situation. When he finished, David remembers that the administrator looked right at him and said, “Don’t you know about the Fountain of Love?”

“Yes,” David answered. “We take an offering every year, and we have the Fountain of Love in the budget at our church.” But David admitted that he did not know what Methodist Homes used the money for.

“That money is for people like Aunt Jane who have used all their own money and can no longer afford the care,” the administrator explained. “Aunt Jane will never have to leave here. In fact, she will have all of the same amenities that she has always had because of the Fountain of Love.”

David describes his tremendous relief. “It was like a weight had been lifted off of me.” Jane was 88 years old at the time and lived another three years under the care of the Methodist Home with financial help from the Fountain of Love.