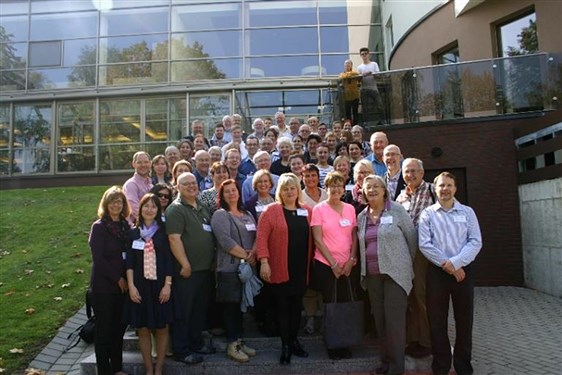 Less than a quarter century ago, the people of Lithuania welcomed the active presence of the United Methodist Church back into their country, with the hope that United Methodist churches could be healthy and self-funding centers for the spread of the gospel in Eastern Europe. During this relatively short period of time, a momentous global movement of the Holy Spirit by the people called United Methodists has been occurring. The church in Lithuania is closer to becoming self-sufficient and is being led by Lithuanian leaders. However, there is still more work to be done.

Through the years, numerous churches in North Alabama have been faithful partners to support what God is doing in Lithuania. North Alabama Conference congregations still have opportunities to be a part of this movement by becoming partner churches or joining the newly formed “Friends of Lithuania” network.

On Sept. 21-23, 2017, the Lithuania Partnership Consultation was held in Birstonis, Lithuania, marking the first time this gathering was held in Lithuania. More than 60 people attended. Half the participants were from Lithuania and the other half from Germany, Norway, Sweden and the United States.

For a full update, download the Summary of the Consultation.

During the gathering, participants heard some of the many things to celebrate about the ministry of the United Methodist Church in Lithuania including the appointment of an indigenous District Superintendent, the start of a new congregation in Vilnius, the growth of financial giving in some congregations, the training of youth leaders, the interest in lay preaching and more.Participants also heard some of the challenges the UMC faces in Lithuania. Many economic factors are affecting the country such as the mass migration of at least 600,000 Lithuanians to other European countries for jobs resulting in a population decrease of 22% since 1999.  Additionally, Lithuania being 77% Catholic and Methodism having been labeled as a “cult” for many years remains a challenge to church outreach and growth.

However, the biggest challenge at the present time is the shortage of pastors and the deficit for pastors’ salaries.

Currently, there are only four full-time pastors, one part-time pastor and several lay leaders to serve the entire country of Lithuania. This has led to the restricting of pastoral leadership and the creation of Circuits. With such a shortage of pastors, it is important that pastors serve full time in ministry and therefore, need to receive a full-time stipend. Currently, the standard salaries for United Methodist pastors are less than the average worker in the country (approximately $475/mo. plus housing for pastors, as compared with $776/mo. for the average worker).

Addressing the area of partnership development, Jeanie Kurka Reimer, Lithuania/Latvia Partnership Coordinator with the General Board of Global Ministries, talked about the concept of “In Mission Together” (IMT) which is an initiative of Global Ministries that focuses on doing mission work in a different way. Using the basic tenets of the 50/50 Covenant, IMT encourages long-term relationships which are centered on spiritual connection. IMT focuses on using the skills, gifts and resources of both partners with the ultimate goal of self-sustainability.

Additionally, during this year’s Lithuania Partnership Consultation, plans were made to establish a "Friends of Lithuania" network of committed partners and individuals who will work together to support the ministry of the Lithuanian United Methodist Church. Working in collaboration and partnership with the leaders and pastors in Lithuania, this group will help to support the new District Superintendent, pastors and congregations.

For more information on ways you and your congregation can help, please contact Rev. Dale Clem at dale.clem@umcna.org or Rev. Kelly Clem at kelly.clem@umcna.org. 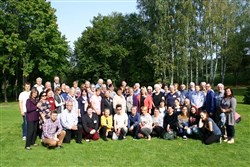 Lithuania Partnership Consultation participants were from Lithuania, Germany, Norway and the United States. 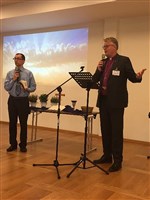 Bishop Christian Alsted speaks to the group on the importance of global partnerships. 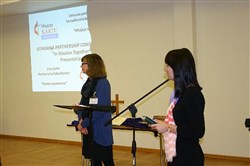 Jeanie Kurka Reimer, Lithuania/Latvia Partnership Coordinator with the General Board of Global Ministries, presents "In Mission Together." 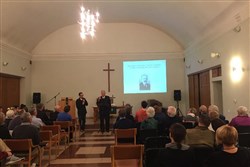 Dr. ST Kimbrough shares the history of the re-establishment of Methodism in Lithuania. 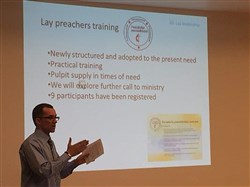 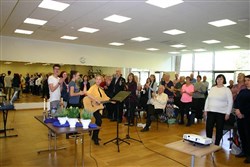