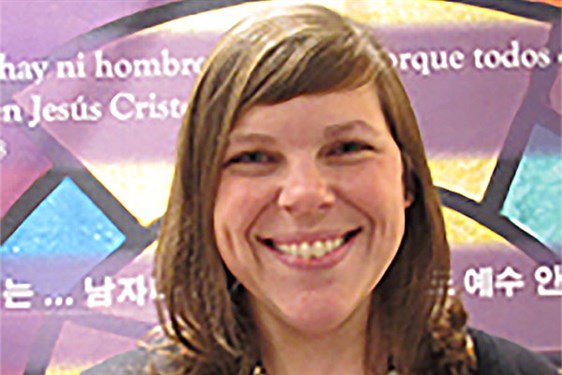 Emily Nelms Chastain, Leadership Development Specialist in the North Alabama Conference Office of Connectional Ministries, has been elected to be a part of the board of directors for the General Commission on the Status and Role of Women for the 2017-2020 quadrennium.

The General Commission on the Status and Role of Women (GCSRW) advocates for full participation of women in the total life of The United Methodist Church. The newly elected board of directors met in Chicago, Illinois in early October 2016. GCSRW's board of directors consists of 19 members, including board representation from the United States, Mozambique, Norway, the Philippines and Liberia.

In her General Secretary’s address, Hare bridged the work of the past quadrennium with the mandates for the future work of GCSRW. She shared the needs of clergy and lay women she heard over the last quadrennium - the need to train, empower and support both clergy and lay women, especially the next generation of women leaders; provide training for men on how to be better allies for women; continue sexual ethics training and response that is needed and appreciated.

The board will convene again in March of 2017.

On January 23, 2017, GCSRW unveiled its newly designed website at gcsrw.org. The new website design is user-friendly and is equipped with resources to advocate for women’s full participation in the life of The United Methodist Church. Individuals can access expansive language liturgies, free downloadable curriculum, educational webinars, Resource for Clergy Families webpage, and Women by the Numbers, research reports tracking the trends of women’s leadership in The United Methodist Church. The proposed constitutional amendment known as Paragraph 4, Article IV also has its own section on GCSRW’s website, providing fact sheets, strategies and a promotional video to be utilized by individuals to promote the amendment’s passing in annual conferences. Additionally, Annual Conference COSROWs have their own section on the website with resources and strategies to help equip leaders to implement GCSRW’s mandate in their respective annual conferences.