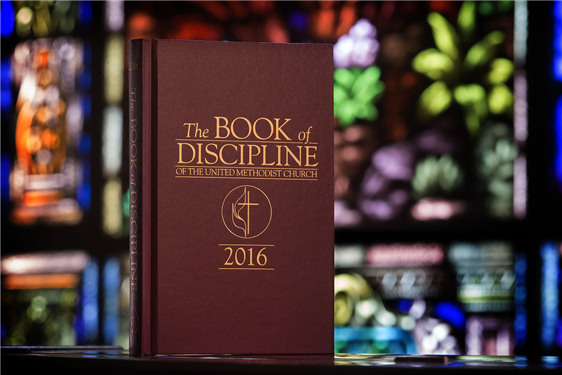 The United Methodist Church’s Standing Committee on Central Conference Matters has launched Generalbod.org—an online resource that makes it easy to review tracked changes to the proposed new General Book of Discipline as a means of offering transparency, and informing and stimulating conversation within the church. Members can now choose to view the content as the proposed final document version or a version with edit notations. The latter highlights revised text and the reasoning behind it to reduce potential questions.

United Methodists are invited to give feedback by emailing StandingCommittee@umcmission.org. Comments will be reviewed by the committee prior to the recommended new General Book being finalized and presented to the 2024 General Conference for approval.

The committee has rearranged, reordered and revised content while also removing redundancies, and fixing inconsistencies and inaccuracies. Their goal is to create a more clearly structured, shorter and easier to understand and translate edition applicable to the entire global church. They aim to alleviate the need for extensive revision and translation work every quadrennium.

Bishop Streiff, a committee member and resident bishop of the Central and Southern Europe Area, shares that “former generations of Methodists were most successful in missional outreach with a slim Book of Discipline that contained the essentials of what makes up the identity of a connectional [United] Methodist church. It empowered them for contextually adapted mission in societies that were very different from the U.S.”

Since assigned by General Conference in 2012, the committee has painstakingly gone paragraph-by-paragraph to determine what parts of the current Book of Discipline’s Part VI are connectionally essential and applicable worldwide for all United Methodists. They’ve also endeavored to identify what is constitutionally adaptable by central conferences outside the U.S.

Counsel from the Committee on Faith and Order, the Ministry Study Commission and the Connectional Table has also been sought. Annual conference insights were also welcomed. Initial recommendations were brought before the 2016 General Conference with continued discussions at the committee’s 2019 meeting in Manila. Upon submission for final action in 2024, the team will have spent nearly 12 years on the important project.

The resource materials for a new Part VI General Organization and Administration are presented in three columns. The first reprints the finalized proposed draft as published in The Advance Edition of the Daily Christian Advocate (ADCA)—the official journal of the General Conference of The United Methodist Church that’s available in English, French, Kiswahili and Portuguese translations. The second includes details on the changes made in comparison to The Book of Discipline 2016. The third adds rationale insights.

Following that structure, a newly proposed Part VII Additional Organization and Administration focuses on previous Part VI portions deemed adaptable. Outside of introductory sentences, it features the original text from the 2016 edition of The Book of Discipline. Future revisions to organizational details fixing local or regional problems and their translation needs would occur in this section.

George Howard, director of connectional and mission engagement at Global Ministries work adds he’s “excited about an emerging slimmer Discipline” as this work “clarifies what is adaptable only by General Conference and acknowledges what is adaptable to be in ministry in contextually different legal, political and social contexts across the globe.”

The Standing Committee on Central Conference Matters is a permanent committee of General Conference composed of 43-members from all Jurisdictions in the US and all Central Conferences outside the US. It serves as a coordinating body that studies the structure and supervision of The United Methodist Church in Africa, Asia and Europe.