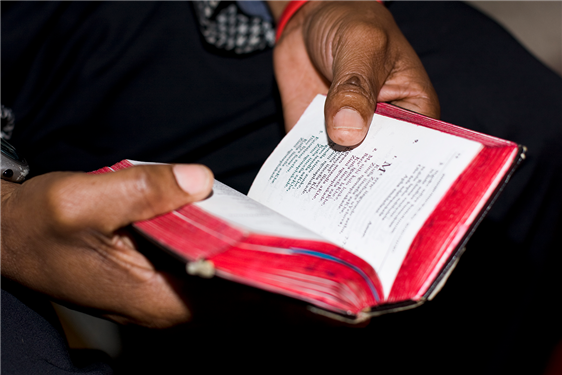 The Upper Room daily devotional magazine is a popular spiritual resource for many United Methodists around the world. The devotion for February 1, 2018, was written by Gadsden’s Maria Victoria (Vickie) P. Creel, a member of Christ Central Church in Rainbow City (Mountain Lakes District).

Vickie Creel is a native of the Philippines and has lived and worked in the United States for several years. She moved to Gadsden after marrying her husband David.

The Creels serve as missionaries under the umbrella of the Far East Broadcasting Company and travel frequently to Asia. He is a broadcast engineer for the FEBC International Service Team, dealing with the digital workings of their 149 AM, FM, Satellite and Internet radio stations located in 49 countries broadcasting in 105 languages with an estimated audience of over two million people. She is the secretary and ”paper-keeper” for his work.

The meditations published in The Upper Room are stories of real people working to live faithfully with the Bible as their touchstone. In her meditation titled, “Never Forgotten” Creel shares her story of serving as her mother’s caregiver as her mother started to suffer from dementia. Creel’s meditation is available at www.upperroom.org/devotionals/en-2018-02-01