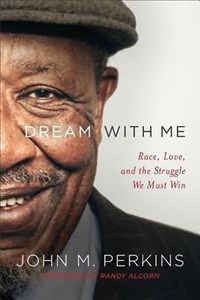 Dream with Me: Race, Love, and the Struggle We Must Win

"Justice is something every generation has to strive for."

A trailblazer in the civil rights movement, John M. Perkins led voter registration efforts in 1964, worked for school desegregation in 1967, and was jailed and tortured in 1970. He is no less zealous today as he sees a new generation of freedom fighters battling the same issues and the same systems he has spent his life working to correct.

Through his raw, personal stories spanning from the civil rights era to today, Perkins shows us that, though the fight is not over, there are many reasons to hope and to carry on the good work he and his contemporaries began more than a generation ago. He calls us to work for justice by living out God's redemptive love in all of our relationships.

"It all comes down to love," he says. "Love will always be our final fight." 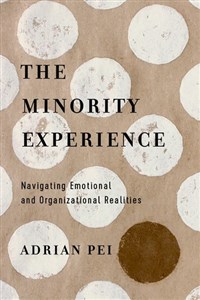 It's hard to be in the minority.

If you're the only person from your ethnic or cultural background in your organization or team, you probably know what it's like to be misunderstood or marginalized. You might find yourself inadvertently overlooked or actively silenced. Even when a work environment is not blatantly racist or hostile, people of color often struggle to thrive—and may end up leaving the organization.

Being a minority is not just about numbers. It's about understanding pain, power, and the impact of the past. Organizational consultant Adrian Pei describes key challenges ethnic minorities face in majority-culture organizations. He unpacks how historical forces shape contemporary realities, and what both minority and majority cultures need to know in order to work together fruitfully. 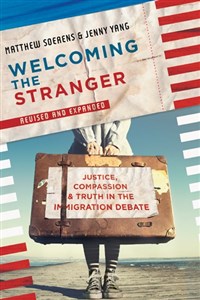 Welcoming the Stranger: Justice, Compassion & Truth in the Immigration Debate

Immigration is one of the most complicated issues of our time. Voices on all sides argue strongly for action and change. Christians find themselves torn between the desire to uphold laws and the call to minister to the vulnerable.

In this book World Relief immigration experts Matthew Soerens and Jenny Yang move beyond the rhetoric to offer a Christian response to immigration. They put a human face on the issue and tell stories of immigrants' experiences in and out of the system. With careful historical understanding and thoughtful policy analysis, they debunk myths and misconceptions about immigration and show the limitations of the current immigration system. Ultimately they point toward immigration reform that is compassionate, sensible, and just as they offer concrete ways for you and your church to welcome and minister to your immigrant neighbors.

This revised edition includes new material on refugees and updates in light of changes in political realities. 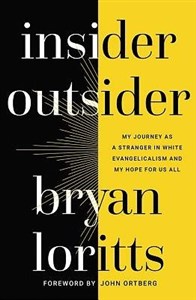 Insider Outsider: My Journey as a Stranger in White Evangelicalism and My Hope for Us All

God boldly proclaims throughout the book of Acts, "There is no ethnic home team when it comes to Christianity." But the minority experience in America today--and throughout history--too often tells a different story.

When Pastor Bryan Loritts wrote an op-ed piece in Christianity Today about this "evangelical gentrification" in the American church, he received an overwhelming response of more than one million views and sparked a provocative national conversation. In Insider Outsider, Loritts dives deeper into what it's like to be a person of color in predominantly white evangelical spaces today and where we go from here. Drawing on insightful snapshots through history, eye-opening personal experiences, and biblical exposition, Loritts awakens both our minds and hearts to the painful reality of racial divides as well as the hope of forgiveness.

As Loritts writes, "It is impossible to do theology devoid of cultural lenses and expressions. Like an American unaware of their own accent, most whites are unaware of the ethnic theological accent they carry." Insider Outsider bears witness to the true stories that often go untold--stories that will startle, enlighten, and herald a brighter way forward for all seeking belonging in the family of God.

This seminal book on race and the church will help Christians discover how they can learn the art of listening to stories unlike their own, identify the problems and pitfalls that keep Sunday morning the most segregated hour of the week, and participate in an active movement with God toward a holy vision of what Dietrich Bonhoeffer calls "life together." 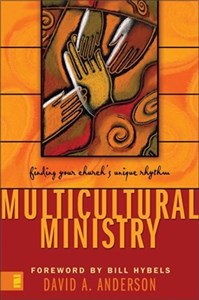 by David A. Anderson

David Anderson writes about multicultural leadership not from the perspective of an ivory tower intellectual, but as a hands-on practitioner who loves and believes in the body of Christ. . . . If you believe there is no solution to the race problem, I urge you to reconsider and to learn from someone who is on the frontlines of making multicultural ministry a reality in the church today. —Bill Hybels, founding and senior pastor, Willow Creek Community Church Multiculturalism isn’t a trend, it’s a reality. Evidence of this country’s rich racial mix is all around us in our schools, our stores, our neighborhoods, our recreational facilities—everywhere except our churches. Heaven may include every culture, tongue, and tribe, but in the United States, Sunday morning remains one of the last bastions of ethnic separatism. It’s time to stop merely talking about multicultural worship and start living it. In this groundbreaking book, David Anderson invites us all—African-American, Asian, Caucasian, and Latino—to learn how to dance the dance of multicultural ministry. We’ve all got different moves, but that’s the beauty of diversity: the various gifts we bring, the wisdom of our heritages, the different creative ways we express the same Lord. Think it can’t be done? Think again. As Anderson demonstrates, it is being done successfully by more and more churches. Wherever your church is now on the multicultural continuum, you can join the ranks of those moving toward a diverse and thriving ministry. Combining frontline insights with inspiring stories, Anderson takes you and your church into the strategy-level realities of what it takes to make multicultural ministry work in your setting. Do you hear the beat of the Spirit? God is calling your church to the dance of unity in diversity. Don’t hold back! Grab this book, get out on the dance floor, and let Multicultural Ministry show you the steps. Includes a Racial Reconciliation survey and six-session Racial Reconciliation curriculum. 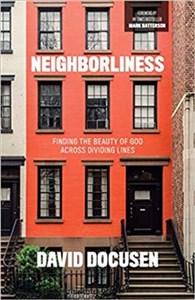 Neighborliness: Finding the Beauty of God Across Dividing Lines

We become the neighbors Jesus was talking about when we learn about the issues that have divided us and engage with people who have had different life experiences than us. With real-life stories and examples of neighborliness in action, pastor and professor David Docusen aims to show how heaven on earth can be more fully realized when we do something as simple as start a conversation. 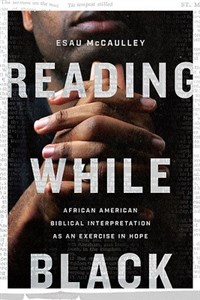 Reading While Black: African American Biblical Interpretation as an Exercise in Hope

Growing up in the American South, Esau McCaulley knew firsthand the ongoing struggle between despair and hope that marks the lives of some in the African American context. A key element in the fight for hope, he discovered, has long been the practice of Bible reading and interpretation that comes out of traditional Black churches. This ecclesial tradition is often disregarded or viewed with suspicion by much of the wider church and academy, but it has something vital to say. Reading While Black is a personal and scholarly testament to the power and hope of Black biblical interpretation. At a time in which some within the African American community are questioning the place of the Christian faith in the struggle for justice, New Testament scholar McCaulley argues that reading Scripture from the perspective of Black church tradition is invaluable for connecting with a rich faith history and addressing the urgent issues of our times. He advocates for a model of interpretation that involves an ongoing conversation between the collective Black experience and the Bible, in which the particular questions coming out of Black communities are given pride of place and the Bible is given space to respond by affirming, challenging, and, at times, reshaping Black concerns. McCaulley demonstrates this model with studies on how Scripture speaks to topics often overlooked by white interpreters, such as ethnicity, political protest, policing, and slavery. Ultimately McCaulley calls the church to a dynamic theological engagement with Scripture, in which Christians of diverse backgrounds dialogue with their own social location as well as the cultures of others. Reading While Black moves the conversation forward.